A Rebbi For Life 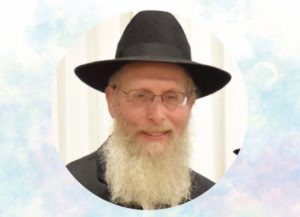 The Lakewood community was plunged into sadness Tuesday morning upon learning of the petirah of Rabbi Mordechai Moskowitz, a deeply beloved Lakewood Cheder rebbi who inspired thousands of talmidim over the course of his decades as a rebbi.

In addition to being a veteran mechanech and rebbi to thousands of Lakewood Cheder talmidim, Rabbi Moskowitz was the founder and director of the bi-annual Chol Hamoed Greater Adventures Learning Program, which drew thousands of children and bachurim each day of Chol HamoedSukkos and Pesach for an hour of learning. Through his Greater Adventures program alone, Rabbi Moskowitz is credited with tens of thousands of hours of limud haTorah.

Soft-spoken and with a demeanor that called no attention to himself, Rabbi Moskowitz was still a formidable force in the olam hachinuch, being sought out by countless rebbeim and mentors for solutions to issues they encountered, and for his general advice in being mechanech children. He also provided guidance to the leaders of countless organizations and learning initiatives who were attempting to replicate the remarkable success of his Greater Adventures Chol Hamoedprogram.

Rabbi Moskowitz recently suffered a heart attack and underwent quadruple bypass surgery from which he tragically never awoke. But even as he was in the hospital following the heart attack, he had on his mind one singular focus: the third-grade class in The Cheder that was waiting for him. Rabbi Moskowitz sent a message to them that a siyum planned for the next day, Friday, would still go on, despite his health troubles.

Immediately following his petirah, numerous talmidim of Rabbi Moskowitz came forward to express their shock and grief over the passing of the man who had given many of them a genuine love for Torah and Yiddishkeit, and literally new lease on life for some.

“My childhood and teenage years were turbulent, and I was far from being a wonderful talmid. But looking back, it is clear that what kept me on the derech haTorah was the sheer love that rebbi conveyed to me, the belief he had in me, the tremendous closeness I felt to him, and consequently to the Yiddishkeit that he represented. His love warmed me from when I was in third grade in 1995 until I met him last, with my own third grade child at his incredible ‘Greater Adventures’ this past Sukkos,” a brokenhearted talmid said.

Another individualsaid that following Rabbi Moskowitz’s recent heart attack, his sister called him to inform him of the news. Bewildered, he asked how she even knew that he considered Rabbi Moskowitz to be a rebbi of his.

“I know because he was your rebbi in Camp Achim in the summer of 2010,” she responded. “You spoke so highly of him and were so taken by his sweetness that I never forgot it.”

Such is the impact Rabbi Moskowitz had on his talmidim.

Rabbi Moskowitz’s love for his talmidim and the job entrusted to himknew no bounds, and that love extended to the parents and even grandparents of his talmidim, whom he viewed as his partners in the avodas hakodesh of being mechanech the future doros of Klal Yisrael.

A mother of a talmid from this year’s class said that her family is going through a difficult period. Rabbi Moskowitz told her to simply write “excuse” on homework sheets on any night that she was unable to do it with her child. Such was the sensitivity and caring of this beloved rebbi; such was his understanding and consideration for others.

The levayah was held at the Lakewood Cheder, with thousands of former talmidim, admirers, and hundreds who knew him from his decades in chinuch in attendance.

Rav Nosson Hirschberg, rav of Khal Zichron Moshe, where Rabbi Moskowitz davened, noted in his hesped at the levayah the incredible zechusim the niftar had when he went up to the bais medrash shel maalah.

“The zechus haTorah that you have, first and foremost of the talmidim that you were mechanech—anyone who watched you saw the mesirus nefesh, the ahavah you gave to every talmid,” Rav Hirschberg said. “But above all, the tremendous zechusim of the Chol Hamoedprogram.

R’ Eliezer Trenk, brother-in-law of the niftar, said at the levayah that R’ Mordechai didn’t simply teach well; he saw the greatness in every child and worked to bring it to the surface.

“R’ Mordechai saw the greatness in his talmidim, he gave incredible kavod, incredible ahavah to his talmidim—and that’s what made them grow,” R’ Trenk said.

The kevurah took place at the Lakewood Bais Olam.

May Rabbi Moskowitz and his incredible zechusim be a meilitz yosher for his family, the Lakewood community and the entire Klal Yisrael. Yehi zichro baruch.

The family is sitting shivah in their home at 60 12th Street.