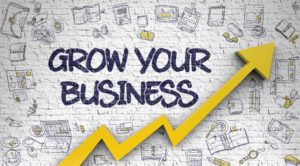 Eggs in a Basket

A healthy business does not depend on a single source for success. Rather, it develops a comprehensive network of vendors, customers, and employees.

The farm hand kneels on the barn floor. Slowly and carefully, he nudges the chickens aside and takes their smooth, warm, white eggs and gently nestles them in his woven basket.

Cautiously, the boy makes his way across the farm. So focused is he on the package in his hands that he fails to notice the branches in his path. It’s only when he is sprawled on the ground, dirt and grass clinging to him, eggs spinning madly, rolling and cracking, that he remembers the age-old idiom. Amid the dripping yolks and eggshell shards, he thinks of the phrase “Don’t put all your eggs in one basket” and sighs.

Putting all your eggs in one fiscal basket is known as dependency. If a business relies too heavily on one client, worker, or supplier, the company is extremely vulnerable. If the entity on which the company depends falls through, the business is doomed.

Taste of Italy was a popular restaurant in the city. It had a brick wood-burning oven; high, round, cross-backed tables; and chocolate-brown wood flooring. Red-brick walls, hazy gold lighting, and bronze trimmings added to the warm and cozy ambiance.

Though famous for its stuffed crust pizzas, Taste of Italy also boasted a full café menu from cheesy appetizers to decadent desserts.

Carlos, the head chef, was a creative genius in the kitchen. His famous pizza sauce, a recipe developed over years of cooking, was a secret never shared. He’d slice an onion paper-thin, mince a garlic to near invisibility, and sauté both in sizzling olive oil. Then he would add some carrots and red peppers and lots of plum tomatoes to the pan. Low and slow, he’d let them simmer for hours until they were soft and sweet and caramelized. He’d finish it off with a combination of fresh herbs and some spices measured out in pinches, adding a splash of this and a dash of that, though no one knew exactly what. The result was likely the most aromatic and flavor-rich pizza sauce ever created.

Using a metal ladle, Carlos would lovingly spread the sauce onto soft, puffy dough, grate some fresh white cheese, artfully place basil leaves on top, and slide the pizza into the oven.

Of course, there were other staff members. Frank and Barney helped with the cooking. The owner, Mark, was there every day, mostly overseeing things, and his wife, Carol, took care of the bookkeeping. There were three waiters, a janitor, and a maintenance crew.

But Carlos was the cog keeping the whole machine going. He was the guy who knew the recipes, the only one who could make every item on the menu.

And so, the other employees stuck to peeling and plating, supervising and accounting, serving and sweeping and mopping and lightbulb changing.

When AJ, the owner of a large local eatery, took notice of Carlos’s skill, he tried to lure the chef to his place. He dangled irresistible offers like double salary plus benefits and lured Carlos in with promises of a state-of-the-art kitchen and top-notch appliances.

The chef was only human. He eventually capitulated and defected to the competitor’s restaurant, leaving Taste of Italy’s staff scrambling to fill the gap he left behind.

Determined to keep the lights on and the kitchen buzzing, they attempted to recreate Carlos’s dishes.

Frank and Barney gave it all they had, and the whole staff worked overtime trying desperately to fill the shoes—or rather, the toque—left empty by Carlos.

But without the head chef, it was just not possible. Some dishes were undercooked, others were charred, and the complaints and unfinished portions rolled through the metal swinging doors into the hot and stress-filled kitchen.

Slowly, the crowds thinned, until only a few loyal regulars visited Taste of Italy.

Ultimately, the business crumbled and was forced to close its doors forever.

There are three basic kinds of business dependency. For each category, it is important to cultivate many resources to bank on, never giving a single entity the power to leave your company in the lurch.

The owner of a business should be familiar with all angles of their craft. They should be capable of filling every position in the establishment.

If you start an accounting firm, you should ideally be able to play secretary, bookkeeper, CPA, and supervisor. Of course, you can hire staff and delegate the company’s responsibilities. But you need to be able to run the place. When an accountant suddenly quits or the office manager comes down with the flu, the show must still go on. If there are roles within the business that you don’t know how to play, make sure you have more than one employee who does, so that the responsibility is not on one person alone.

If one worker is solely responsible for a large part of the firm, they have tremendous leverage within the company. They can make demands and slack off on their work with the knowledge that their supervisors are desperate to keep them on staff.

Recently, Brian K., a skilled salesman, reached out to Mr. Lieberman. He calculated that his marketing expertise was bringing in 80 percent of the revenue for the company at which he was employed. “I keep the lights on for my company,” he said. “I am the company. But for me, the company fails.”

Brian was trying to decide on his next move—whether to demand more payment or find a better job, leaving his employer high and dry. In this situation, the power had shifted from the business owner to the employee—the worker is the one calling the shots and making the decisions.

A vendor who knows they are the only one who can fulfill the needs of a certain business wields a lot of power. If a company needs the provider’s service desperately, they have no bargaining power.

For instance, if a certain print shop is the only one that can fulfill a publication’s needs, it has a tremendous advantage in negotiations. The shop may raise the prices or change the terms, knowing that it doesn’t risk losing the customer. Supplier dependency often leads to second-rate service and steeper charges.

Dangerous leverage can also be placed in the hands of the consumer. If a business is only selling to a couple of big clients, it is at the mercy of their patronage. What if a client it depends on finds a new supplier? What if they make costly or difficult demands? Dependency on customers can be a dangerous and expensive thing.

Hope is not a strategy. Hoping the client won’t leave, the vendor will come through, or the worker won’t quit isn’t effective and certainly won’t help when difficult situations arise.

It is common knowledge that business dependency is a problem. When a company goes public, it has to report to the investing public if it is reliant on one specific customer for business.

Business owners must be proactive, not reactive. Many companies have deep-seated dependencies, often without the awareness that they do. Take a good, hard look at your ledgers. Are you depending too much on one entity? If so, find a way to fix the issue. Minimize and dilute your risk by moving away from overreliance on single sources. Always have a backup plan in place. Expand your consumer base, have replacements, establish outsourcing options, hire more staff…have a plan B so you’re prepared if things go awry. Never entrust one person with your entire company’s survival.

We would be remiss to explore dependency without mentioning the only One on Whom we can rely completely and totally. No one but Hashem decides the fate of your enterprise; He holds the strings and runs the show from above. No one has the power to undermine your business if it is not Hashem’s will.However, hishtadlus requires business owners to move away from dependency, thus giving the