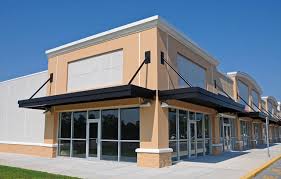 Chaim Schwartz was excited to open his new company specializing in operation management for real estate companies. Although his specialty was numbers, not branding, he’d come up with a few candidates for names. He could go simple—Schwartz Consulting Group—or cute—Watermelon Financial: All Sweet, No Pits—or perhaps simply CSMD, the partners’ initials (his partner’s name was Moshe Davidowitz). He’d gone back and forth a bit and thought he’d just flip a coin in the end to choose among the finalists. What’s the big deal? he figured. What considerations do many business owners miss when selecting a business name?

What’s in a name

I’ve started and named several businesses and with hindsight, my early names had obvious flaws. Now, after some trial and error (and some Chanina Katz articles under my belt), I’m quite happy with my current business’s name. I’m still certainly no marketing genius, but there are several general guidelines to follow to ensure that a company name at least doesn’t work against you.

Your name plus industry (such as Fried Financial) might give your mother nachas, but it’s putting your customer to sleep. Your business name is a huge opportunity to convey to the world what you’re about. Different words evoke different emotions and thoughts. Harness the power of word choice and put it to work for you. If a name is too generic, the customer is unlikely to remember it.

Yes, there are successful companies that are named very neutrally, like Goldman Sachs and Nordstrom. But they are the exceptions; these names are famous despite having little branding value, not because of them. Consider the names of modern companies; few successful ones employ the owner’s last name along with the related industry. “Jobs Computers” or “Bezos Retailing” or “Phil’s Sneakers” just don’t go.

I thought I was being so clever when I named my first company Idis Real Properties. Idis in Gemara terminology refers to prime property, and I thought that for sure at least frum men would appreciate it. But it turns out that in English and out of the context of a Gemara, no one recognizes the word! They mispronounced it and asked me what it meant, and I was left explaining an insider’s line, but it seemed I was the only insider. The name worked against me. Furthermore, it didn’t tell anyone what I did or what my business was about.

Another company I named, or perhaps misnamed, was Endurant Financial. This again sounded promising to me, but how do you easily pronounce it? Spell it? Think of potential customers trying to Google or email a business. Will they struggle? You want to make things as frictionless as possible for your customers and make working with you easy, and your business name is part of the equation.

Years ago there was a new pizzeria in Israel named Pizza Clinton, after Bill Clinton, who was president of the United States at the time. This was before he was impeached, but anyone could have anticipated that not everyone would be a fan of a non-Jewish foreign leader. The store risked alienating customers based solely on its name.

Much worse is when a store takes on a name and invests in the brand before learning that the word is actually a profanity in slang or another language! Do some homework. Be sure to consider how people are likely to perceive the name. Is it appropriate? Will it make people take sides? If the answer is even “maybe,” go back to the naming drawing board.

Your company sells books; would BookMasters be a good name? Before you decide, consider, do you plan on selling anything else? Maybe years down the line your company will expand to e-book readers and then computers, and maybe software. Or the café you opened in the bookstore will become your main business. Will the name make sense then?

A focused name can be very good for marketing (such as 1-800-Flowers), but pigeonholing into one product or channel may leave you out in the cold when expanding or as markets shift. For example, for many years before RadioShack filed for bankruptcy, having “radio” in its name gave it a dated feel. Your company name should leave room for opportunity and expansion.

Shawarma Plaza, Shawarma Palace, Shawarma Place… It might be nice to have a variety of shawarma stores to choose from where you live, but I hope they at least have different names so you can differentiate between them, or you might go to meet your friends at one while they’re waiting at another.

Some new business owners choose names in a vacuum without looking around to see what is already out there. A name that sounds too similar to another business’s makes both businesses lose. Before choosing a name, make sure no one else is using it or something similar locally. There’s also the serious issue of trademark infringement. Years ago there was a restaurant in Boro Park called McFleishigs. McDonalds sued, and they were forced to change their name, surely at great expense and with plenty of aggravation.

At the end of the day, you can probably think of many company names that defy the guidelines I’ve listed. Or you can think of many companies whose names would seem odd, but because they’re famous and successful, the genius of their name seems obvious when it’s really not. Like Amazon, or Apple—what about their names evokes anything about shopping online or creative technology? So, before you name your company, think about it, but don’t sweat too much. There’s always the unpredictable element of mazal at play. And Hashem can make any business boom, of course, whatever its name.