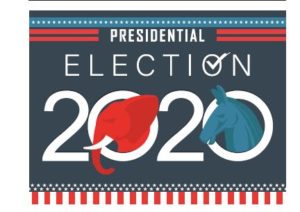 Entering the home stretch of the presidential campaign, it’s becoming less and less of a question that the president is the underdog in this race. Poll after poll and projection after projection shows him behind Democratic nominee Joe Biden, with the conventional wisdom hardening and seemingly across the board.

As of this writing, the RCP no-tossups map (which assigns the electoral college delegates for every state based on whoever is ahead in the polling, no matter the margin) has Biden amassing 357 votes to 181 for Trump. That would be the worst loss since John McCain lost to Barack Obama 365-173 back in 2008.

Decision Desk gives Biden an 85% chance of victory, projecting a 317-221 win for the Democratic ticket. The FiveThirtyEight forecast gives Trump just a 12% chance of winning. In their simulations, there are more scenarios where Biden wins more than 400 electoral votes than those in which Trump wins over 300.

And the forecasts and polling in crucial senate seats is just more of the same. In Iowa, North Carolina and Maine, Democrats are holding small but steady leads in seats held by Republicans. In Arizona and Colorado, the leads are more significant.

If it feels like we have been here before, it’s because we have. In 2016, this was the basic story being told in the days leading up into November, as Hillary Clinton was already putting together her agenda and team as incoming president of the United States. An Election Night party in the glass ceilinged Javits Center – to celebrate her breaking of the same as the first woman elected to the highest office in the land – was planned.

With only 10 days to go to the election, FiveThirtyEight projected Trump had an 18% chance of winning. The RCP no-tossups map had Clinton winning by a 70 electoral vote margin.

And we all know how that turned out.

Defying convention and expectations, Trump pulled out a victory by a margin of 74 electoral votes. He won states nobody thought were in play, such as Pennsylvania, Michigan, and Wisconsin.

And it really should have. Not a single survey had Trump winning Wisconsin, and yet he won it. Outside of Republic polling, only a single poll had Trump up in Florida in the 10 days before Election Day, and he won it. Pennsylvania had only a single GOP poll forecasting a Trump win since June of that year—and he won there as well. Michigan had the same polling firm as the only one ever to find Clinton trailing—and he won the state by a hair.

While pollsters are now quick to point out that they more or less got the national polling right—Hillary did win the popular vote – and that they were not all that off on a state-by-state basis, it is important to try and figure out what actually did happen and whether it can actually happen again.

What happened in 2016 was quite simple. In the closing days of the campaign, lots of people who did not want to vote for Trump took one last look at the two candidates before them and realized that there was no way they would vote for Hillary. For some of these voters it meant that despite insisting they would vote for Hillary, they were instead staying home. For others it means that instead of staying home, they would be voting for Trump. But for many, it was the realization that they could not support Hillary but could live with a President Trump.

This reality bled through in Trump’s strategy during the final debate. While there were no knockout punches thrown, what Trump did was show his voters that ultimately, it was okay to vote for him again.

This is called “coming home.” Whether or not Trump wins will depend on how many of his 2016 voters (as well as people like me, who did not vote for him in 2016 but were pleasantly surprised with his governance) come out to vote for him again.

The GOP, like in 2016 and 2014, still has an impressive get-out-the-vote operation. However, COVID is still the ultimate wildcard, and there is way too much unknown to make a clear call about what might happen.