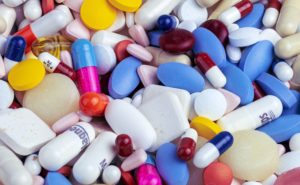 A drug shortage sickens the nation

A syringeful of pink liquid combats infections. A smear of cream makes rashes disappear. A little red tablet cures aches of all kinds.

Medicine is part of the backdrop of our lives. Modern health care is streamlined so medicine is often prescribed, delivered, and waiting on our doormats before we have the chance to worry.

But what happens when go-to fixes become hard-to-find commodities? When the system we rely on fails us, more questions than answers exist, and we are reminded that only Hashem is the Doctor Who heals all ills.

When longtime Kings Pharmacy owner Avi King recently logged into a supplier’s website to order medications, he was stunned to find that some staples were out of stock.

“I was shocked. It made no sense. From one day to the next, it was gone, down to zero,” he remembers. “I tried to shop around, but everyone was out of the drugs.”

“My first indication that something was wrong came when suppliers started telling me that some drugs were on allocation, meaning that purchases were limited per customer,” says Russel Rosen of CHEMED pharmacy. “Soon, medicine like Amoxicillin, Tylenol, and Adderall were on back order. As doctors switched to replacements, products like Keflex, Concerta, and Ritalin ran low as well. Every day, we check our orders and see if we can grab some medicine, but there is little we can do to increase our supply. It kills us to tell customers that we can’t fill their prescriptions.”

When the system fails

When Kaila, a mother of two, recognized signs of strep in her four-year-old, her heart sank. Everyone was talking about the drug shortage, so she was expecting chaos and panic at the doctor’s office. She had heard of children who were prescribed chewables or even capsules whose contents had to be mixed with water and drunk, and visions of her daughter kicking and screaming as Kaila tried to coax her to ingest the medication made her shudder. To make matters worse, her daughter got a stomachache each time she took any antibiotic except Amoxil.

Thankfully, most of Kaila’s fears didn’t materialize—she was relieved when the doctor calmly wrote a prescription for Keflex, which was quickly filled, and probiotics mitigated her daughter’s stomachaches.

Dealing with the current drug shortages is not always so simple, though. Three years ago, when Boruch was diagnosed with ADHD, his entire family felt relief; they finally knew why he was struggling. Since then, his symptoms have been managed through a daily dose of Adderall, which enables him to succeed and even thrive in his daily life. But ever since the drugs vanished from store shelves, Boruch has been missing his usual Shacharis minyan,struggling to concentrate in yeshivah, and coming home completely drained.

Boruch’s father was determined to track down the little orange pills that make his son’s life manageable. “I called pharmacies that were further and further from my home, asking each if they had Adderall in stock. Finally, a store located half an hour away told me they had it but were running very low. They refused to put the medication on hold for Boruch, insisting that they were selling it on a first-come-first-serve basis. I dropped everything, skipped breakfast, and left my chavrusa hanging. When I got there, I had to wait more than an hour until the overworked pharmacists filled the prescription.”

Lakewood pediatrician Dr. Norman Indich is utilizing drug alternatives and a dose of discretion to handle the shortage. “When practitioners medicate the entire family because of one child’s diagnosis, the drugs aren’t available to the people who really need them,” he explains.

He urges patients to exercise restraint in medicating; it goes without saying that this must be done responsibly and with the direct guidance of one’s doctor. “It may be inconvenient for parents, but during a shortage, we have to think about the community.”

He adds that if you have unfinished scripts lying around the house, you should ask your doctor if they can still be used. A study about how often medications must be replaced found that while they lose some of their potency, most drugs function for five years after their expiration dates, though liquid antibiotics are notable exceptions. Of course, seeking medical advice is crucial.

Meanwhile, to lessen the likelihood of contracting and being adversely affected by the flu, the doctor recommends that everyone be vaccinated against it.

Psychologist Dr. Tzipora Koslowitz shares, “I’m lucky that most of my patients have been able to find Adderall alternatives. Because Adderall is a psychostimulant that takes effect and leaves the system relatively quickly, it’s not as difficult to find alternatives as it would be for mood-stabilizing drugs, for example. This is why people should stay on top of their refills and not allow themselves to run out. We always must be proactive about making sure that our medications are available and that we leave ourselves enough time to reach out to a prescriber for an alternative.”

So, should we panic?

“Although I’m prescribing some substitutes to brand-name antibiotics, the shortage is not affecting my practice in any significant way,” says Dr. Samuel Werzberger of Precious Health.

“We’re not too worried, because supplies can be found. Although we cannot get the amounts we need, we are getting drugs in drips and drabs,” Rosen reassures us.

Mr. King directs customers to shop around until they find what they need. “Production time frames are coming out, and there are indications that things will get better soon. Panic is never healthy,” he asserts. “Hashem is in charge; He will make sure that we have what we need.”

The feeling shared by most physicians and pharmacists seems to be one of cautious calm.

As one pharmacist put it, “We’re doing the best we can, and we’ll get through this. Conditions are challenging but not desperate.”

One side effect of the drug shortage is drastic price increases. Several pharmacists told the Voice that some drugs have quadrupled in cost. Others maintain that while charges seem to have stayed the same, they’re forced to buy medications from more expensive manufacturers when their usual suppliers are out of them.

Mr. King says, “We used to get bulk order deals, but that’s not happening anymore. Wholesalers aren’t getting discounts, so they can’t pass savings on to us. We are laying out more money than usual, and the reimbursements are horrible. It’s a really difficult situation.”

With many insurance companies giving claimants the runaround—often refusing to reimburse for hard-to-find drugs—pharmacies all over are feeling the pinch.

No shortage of causes

As illustrated in the attached pie chart, there are many reasons why a drug shortage can develop.

A recent upswing in flu, RSV, and other upper-respiratory viruses is one obvious cause. Global supply, production, and shipping complications is another, as most penicillin-based products are imported from China, where the work force has declined and can’t keep up with demand. Yet a third trigger may be the FDA’s bureaucratic red tape which sometimes stalls production or recalls the products of entire plants or product lines due to relatively mild, containable quality issues.

“The government doesn’t seem so concerned about the problem. We’re still experiencing a formula shortage that could have been fixed a long time ago,” Dr. Indich says.

One Lakewood PA maintains that manufacturers of children’s medicine are the culprits. “Some of these companies, including the two largest ones, have stopped making kids’ medications. We can only speculate, but I assume that they have chosen to produce other drugs that bring in more money. Making Amoxil and Adderall just wasn’t worth it,” he says.

Mayor Ray Coles is concerned about the lack of necessary antibiotics but reveals that he has little control over the matter. “Increasing drug production is outside my jurisdiction, although should supplies need to be transported from another state, I could arrange for that to happen.”

Similarly powerless is Senator Bob Singer, who had this to tell readers: “This [shortage] is a terrible thing. In a town with such a large population of children, this is a critical issue. Diseases are spreading. RSV is an epidemic right now.

“Although the shortage is a serious concern, it’s not at the panic stage. This is a nationwide issue which the state can’t do anything to solve. We need the federal government to manage the shortfall. They must find a way to require pharmaceutical companies to become more responsive and increase production.

“The board of health is urging everyone to step up their safety practices. We have to go back to basics. We have to wash our hands, change our gloves, and clean surfaces more often. Especially in day care centers, preventive safety is critical. We have to keep our children home when they don’t feel well. We have to be aware; we have to be safe.”

While politicians can attempt to remedy the situation through the legislature, drug shortages are really the purview of the FDA. Back in 2012, the FDA was charged with preventing, reporting, managing, and mitigating drug shortages in a law called FDASIA (Food and Drug Administration Safety and Innovation Act). First, they work to track the availability of medications and help increase their production when supplies are low. The legislation requires manufacturers to report information about shortages to the FDA. Once a shortfall exists, the FDA enables increased production by approving new lines and materials and working to address manufacturing or quality issues.

Still, the agency’s hands are somewhat tied. They cannot require companies to produce a drug, produce more of a drug, or change how much or to whom the drug is distributed. Price control is also outside the FDA’s domain; the responsibility for that belongs to the FTC (Federal Trade Commission).

“There are a number of factors that can cause or contribute to drugs shortages that are outside of the control of FDA,” is the organization’s disclaimer.

To treat or not to treat

Not every sniffle needs a prescription. Dr. Werzberger gives guidelines for when to worry and when to wait it out: