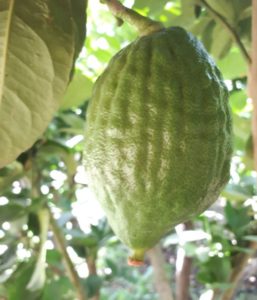 How Will Shemittah Affect This Year’s Esrog Market?

For the past six years, EsrogShopper.com has been the agent to find mehudar lulavim and esrogim that fit customers’ exact specifications and budget. With many years of experience as arba’ah minim dealers based in Lakewood, R’ Yehoshua and R’ Yaakov Berger created EsrogShopper.com with a vision of providing customizable package options to suit every customer’s preferences and to match everyone with their ideal set.

This year, the arba’ah minim market will experience some changes that become relevant once every seven years. During the shemittah year, many people have questions: Where will arba’ah minim be coming from this year? What will the market be like?

The Voice spoke with R’ Yehoshua and R’ Yaakov to hear how EsrogShopper.com will handle the shemittah year and what we can expect.

Seven years is a long time, and many people don’t remember what they did during the last shemittah year. Can you explain to us how a shemittah year is different from a regular year?

During a regular year, the vast majority of Chazon Ish, Braverman, and Teimani esrogim are imported from Eretz Yisrael. These are the esrogim meyuchasim that are preferred by many Lakewood bnei Torah. During a shemittah year, many of the pardeisim that grow these esrogim are made hefker and do not export to America. As a result, there are not very many good-quality, meyuchas Chazon Ish esrogim coming to America from Eretz Yisrael this year. Therefore, the focus of the market shifts to finding good esrogim from chutz laAretz that meet the standards of the Lakewood olam.

Where are esrogim grown in chutz laAretz?

The two types of esrogim generally grown in chutz laAretz are Yanover and Moroccan. There are also a few pardeisim that have regrown a variety of esrogim in chutz laAretz—including right here in the United States, in California. Yanover esrogim come from Genoa, Italy. They are the preferred esrogim for many Yidden, especially those from specific chassidic groups, and there is a big market for them every year, not just during shemittah.

Moroccan esrogim have also been popular for many years and are known to be meyuchasim. In fact, it is well-known that the Brisker Rav used a Moroccan as one of his esrogim.

Two shemittah cycles ago, a project was initiated to plant and cultivate Chazon Ish and other esrogim meyuchasim in Morocco. These are perfect for those who specifically want an esrog with the Chazon Ish yichus and want an esrog that grows in chutz laAretz for the shemittah year.

Do they look the same as the Chazon Ish esrogim from Eretz Yisrael?

Which esrogim will Esrog Shopper be selling this year?

We will sell beautiful Chazon Ish and Braverman esrogim from Morocco as well as our regular crop of Moroccan and Yanover esrogim.

What about lulavim and hadassim? How does shemittah affect those?

The consensus of almost all gedolei haposkim is that lulavim have no kedushas shevi’is because they are not fruit. Therefore, the market for lulavim is the same as every year, and we will have top-quality schoirah from Eretz Yisrael. Additionally, we carry a Spanish variety of lulav.

So many people will be looking to get their esrogim from Morocco this year. Is there enough stock to go around?

Yes. There is definitely enough stock. Keep in mind, though, that there may not be as many perfectly nice ones as usual. Those who want a Chazon Ish esrog during a shemittah year may have to put up with a couple more bletelach than they are used to.

We offer three types of sets of arba’ah minim, which we categorize as platinum, silver, and gold. Because of the demand and more limited supply, every Chazon Ish and Teimani esrog this year is really a premium esrog and may only be offered as part of the higher-level sets. I would suggest ordering a bit early this year to beat the rush.

People may not realize that in a regular year, not every esrog is harvested. Many are left on the trees. This year, to meet the demand for esrogim from chutz laAretz, more esrogim will be picked from the trees in Morocco, and fewer will be left on the branches.

The regular Moroccan and Yanover esrogim will be sold on all three levels and will be as high-quality as every other year. I would say that if someone wants the cleanliness he is used to, he might be better off going with one of these options this year. If you specifically want the yichus of a Chazon Ish esrog, then you should go for that. I do know that there are some people who always use Chazon Ish esrogim but are planning on purchasing a Moroccan/Yanover this year.

What about chinuch sets? Will those be sold this year?

Yes. We will have plenty of chinuch sets. We are bringing back our popular bachurim sets as well.

I’m sure many esrog dealers are trying to get a hold of good Chazon Ish esrogim from Morocco. How did you manage to get your hands on so many?

We are lucky enough to work with a veteran supplier, Rabbi Elazar Hamel, who has been involved in the world of arba’ah minim for many years and has forged relationships with the top names in the field. He personally travels to Morocco to pick out esrogim for us. Rabbi Hamel has vast insider knowledge of the esrog market and of the Moroccan pardeisim in particular and can get us the most meyuchas and nicest esrogim from that country. Not all orchards there are the same. Some are more meyuchas and have a better hechsher than others. Our esrogim have top-notch hechsheirim.

Rabbi Hamel usually works with the pardeisim in Eretz Yisrael. How did he make connections in Morocco?

You have to realize that shemittah didn’t just sneak up on us. We have been preparing for it for seven years, and so has Rabbi Hamel. Many of the people he deals with in Eretz Yisrael are also involved with the Moroccan pardeisim, so he has a relationship with them. Over the years, he has also developed relationships with Moroccan suppliers and others in the industry who help him make his way around the country and find the best esrogim. We are very fortunate to be working with him.

Will Esrog Shopper be offering anything else different this year from previous years?

For the first time, we will offer lulavim with “kaira.” These lulavim are popular with many Sephardim, and there was a big demand for them. We always listen to our customers, so we brought them in this year.

Any final message for our readers?

Anyone with questions or concerns can always call us at the Esrog Shopper. We are available to personally speak to customers. Whenever you call, you will get through to a real, live person who can answer your questions.

Thank you. May you continue to be able to help so many Yidden fulfill the wonderful mitzvah of arba’ah minim!