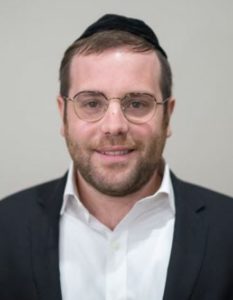 One election whose outcome did not involve allegations of fraud or provoke a flurry of lawsuits was the race for a one-year unexpired term on the Jackson Board of Education. That election was won convincingly by Tzvi Herman, who became the first Orthodox Jew to hold city-wide office in Jackson Township.

Upon seeing the final tally, we were grateful that the long hours and substantial efforts that askanim had invested in organizing a Get Out the Vote campaign had paid off. More significantly, we are now hopeful that Jackson’s most vulnerable nonpublic-school students will finally receive the services they need and deserve. Why would Mr. Herman’s victory give parents that hope? A bit of background information is in order.

The United States Department of Education provides funding for students struggling to perform at appropriate levels, through a program called “Title I.” With Title I funds, a school can hire therapists, tutors, and mentors or purchase equipment to assist these needy children in the classroom. Importantly for our community, nonpublic schools are entitled to an “equitable share” in these funds. However, the government cannot simply write a check to a nonpublic school, and certainly not a religious one. Doing so would violate the United States Constitution, which famously “erects a barrier between Church and State.” Therefore, instead of sending the money directly to the nonpublic schools, the government sends the funds to the local board of education (BOE) which acts as a gatekeeper of the funds, and is supposed to contract with third party vendors to provide services to students in the nonpublic schools. This allows nonpublic students to benefit from government funding without having the religious institution directly receive the funds.

This arrangement is contingent on the nonpublic schools and local BOE members having a solid working relationship. If they work together, they can agree on a vendor who will provide the much-needed services, enabling students to get the help they need. Indeed, this arrangement plays itself out seamlessly in tens of thousands of school districts across America year after year: nonpublic-school administrators consult with the members of the local BOE, discuss their needs, and hire an appropriate vendor. A pretty simple process.

Not so simple with the Jackson BOE.

Currently about 2,000 frum children from Jackson Township attend yeshivos and Bais Yaakovs in Lakewood. Among these students are those who require additional help to keep up, and are eligible for Title I funding. The funding for these Jackson students is held by the Jackson Township BOE, which is supposed to work with the nonpublic schools these children attend on ways to spend the money to benefit the students.

With this in mind, principals from Lakewood approached the Jackson BOE to discuss how the funds would be spent. Jackson officials, though, refused to contract with the vendors these schools already had contracted with to provide for their Lakewood students. Such an arrangement is necessary from a logistical and economic standpoint because for a special educator who is already coming in to a school to tutor the Lakewood children, it would be uncomplicated and efficient to add on a few more students to her schedule. However, to use a new vendor—the one that Jackson Township is contracted with—just for the children coming from Jackson is simply too burdensome and uneconomical; no reasonable vendor would take the job. There are simply not enough Jackson children in most schools to make it worth it for a teacher to come.

Yet Jackson outright refused to contract with the vendors that were already working in Lakewood’s schools. In contrast, when Toms River began to experience the same dynamic of children living in Toms River attending schools in Lakewood, they were more than willing to contract with the vendors that the schools in Lakewood were already using. There is no reason not to. But Jackson BOE refused to do so, preferring to return the funds to the federal government rather than service their most vulnerable nonpublic students. And so, while the Jackson BOE repeatedly stonewalled Lakewood’s nonpublic schools, our neediest children who are rightfully entitled to helpful tutoring, mentoring and therapy were the ones being deprived.

We wish Tzvi lots of siyata d’Shmaya. Many children are counting on him.