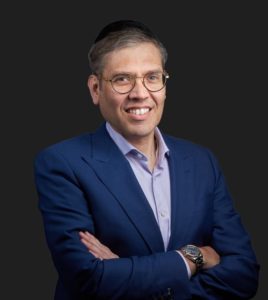 Following a recent spike in growth, GPARENCY, founded in the Lakewood area and now spanning the nation, is expediting the process of hiring 50 new mortgage brokers. The company has seen rapid success since its launch, averaging a new contract per day and seeing an increase in larger funding requests. (For example, GPARENCY recently closed a $39 million deal in addition to putting an $83.6 million deal under application over the last month and working on tying up a deal worth $175 million.) Now, the company is looking to expand its originator team so it can continue to handle the explosive growth.

GPARENCY has gained growing popularity in the commercial real estate finance industry for its novel subscription-based pricing in which members can have the company’s brokers close their deal at the cost of $11 thousand. Now, they’re applying the same out-of-the-box thinking to hiring as they guarantee new hires $100,000 in their first year without signing a non-compete. They’re urging applicants with no previous experience to apply.

“We’ll train you to become a commercial real estate mortgage broker, and we’ll guarantee you $100K in your first year… If you want to learn from us and then go get a job somewhere else, that’s fine. There’s no non-compete,” Ira Zlotowitz, founder and chief closing officer at GPARENCY, said, adding that the company is confident that the new hires will want to stay long-term.

“What I’m looking to do is partner with new individuals that want to be a part of revolutionizing an industry and have the drive to be salespeople, make a difference, and make a lot of money—regardless of experience.”

Zlotowitz has previously trained teams to do over $1 trillion in deals.

As many companies are laying off employees in an unstable financial market, GPARENCY says it will continue to hire and expand its team for increased deal volume over the next few quarters.

GPARENCY has already made many notable veteran CREF hires this quarter, part of the rapid growth the company is experiencing. Commercial Mortgage Alert wrote, “GPARENCY added new executives as it aims to expand its ability to line up larger loan deals for its property-owner clients. The firm last month tapped Jennifer Smith as a senior broker based in Dallas, where she’ll spearhead its business that advises investors seeking loans of $25 million or more.”

Now, GPARENCY is looking to expand its team with candidates fresh out of kollel, seminary, or college or who are looking for a career change.

In contrast to GPARENCY’s senior mortgage brokers who run the closing process and are the most experienced in the industry, GPARENCY is opening the door to sales candidates with little to no experience for their sales and origination roles.

“Experience is great, but if you have a dream and the drive to make it a reality, we’ll take that salesperson any day,” GPARENCY co-founder Ben Schweitzer said. “We want people who believe in our mission and are passionate about modernizing an industry. We’re reinventing the way commercial real estate deals are financed.”

Schweitzer previously worked as the head of Freddie Mac’s Multifamily Innovation Lab and now serves as the chief product officer at GPARENCY.

GPARENCY was founded on a mission to create more equitable access in the commercial real estate industry. This concept is a driving force behind a lot of what the commercial mortgage brokerage does and the structure of the business. It was also one of Ira Zlotowitz’s biggest keys to success in previous companies and has been proven to allow many new hires to accomplish great things.

“I feel how and whom we hire is a critical part of the role we play in this. Hiring inexperienced people is not only a way to give back, it can also have huge advantages…but only if done correctly. When you don’t have the right structure in place, it can create a lot of frustration,” Zlotowitz says.

He notes that in this business, it takes determination and work ethic to succeed. In order to hit the monthly sales quotas, a hire has to be willing to make 100 calls per day; this number can drop to 350 per week once they have more experience.

Despite the risks, he shares that throughout his career, some of the best people he has hired were the ones who had no experience at all. As long as people are willing to invest in themselves, they can be the most self-motivated, driven employees.

GPARENCY has adapted this mentality and created a model where experienced team members can help nurture the less experienced members. Creating these strategic partnerships allows the business to achieve symbiosis, with the more experienced employees able to both handle the larger deals and train younger employees. This has contributed to GPARENCY’s rapid growth since launch.

Zlotowitz explains that during the first 90 days of training, the new hires will have the option of choosing a payout method; they can choose to proceed with salary plus commission and bonuses or receive solely commission. The select group offered a position at GPARENCY will continue on full-time at the same base salary plus commission, bonuses, benefits, and stock options.

“If those employees hit all the milestones through the process and still don’t make $100K, they will get a bonus to cover the difference,” Zlotowitz says.

All candidates will be provided the leads and the training materials they need to succeed at earning $100,000 in total compensation within the first year.

“Everyone wants to be worth millions, but very few are willing to put in the work to get there. We’re excited to help people get there.”

The company has a passion for investing in the future and believes that now is the time for young professionals to join the industry. “I believe this so much that I’m putting my time and money where my mouth is,” Zlotowitz says.

To step into the commercial real estate industry and apply for this position, go to gparencyhiring.com.