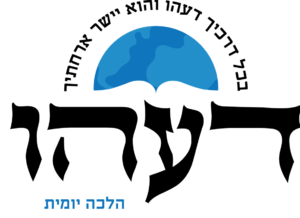 Naftali Koenig still remembers the excitement he felt on his first day of work. He had landed a sought-after job straight out of yeshivah, using a connection his father-in-law had procured. Naftali entered the office all smiles, ready to learn and be a great employee.

Truth be told, there was much to be enthusiastic about: the company was young, ambitious, and part of a fast-growing industry. Additionally, the office was staffed almost exclusively by members of his community. This was especially important to Naftali, who, after hearing horror stories about the “corporate culture” in secular America, had resolutely decided he would not entertain any job opportunity unless it was a strictly frum environment. It seemed that his conviction had paid off.

His first few weeks in the office had their mix of pleasant surprises (the coffee room had a large variety of K-Cups, and unlike in shul, they were all free for the taking), some unexpected disappointments (he hadn’t realized how incoherent his emails would sound, and it was taking him an inordinate amount of time to formulate reply emails), and a whole lot of learning on the job. But overall, it was going well.

Yet as he settled into routine, something started to gnaw at his conscience. True, he wasn’t wallowing in the filth of American corporate culture, but his company seemed to have a culture of its own. There was a certain pride his coworkers took in being “informal,” a value (if you could call it that) that he learned was very fashionable among startup companies.

For example, Naftali noticed that the CEO deliberately dressed down, favoring sweaters instead of the starchy suit and tie Naftali had envisioned for an executive earning seven digits. Even the layout of the workplace reflected the atmosphere: there were no privacy barriers between the desks, creating an inviting atmosphere for open communication. (A coworker had even politely corrected him when he’d asked where his “cubicle” was, explaining that cubicles referred to the portioned-off sections prevalent in rigid companies. Here, he’d explained, there were “work spaces.”)

Moreover, the preferred mode of internal communication was Slack or WhatsApp ; email was utilized almost exclusively for communication with clients outside the company. There was plenty of business-related conversation on the chats, but informality reigned supreme there. Interspersed throughout the messages were jokes, memes, and must-watch videos with employees of both genders weighing in, commenting, replying, and “reacting” to each other’s posts with smart comments, “laughter,” and “thumbs-up” emojis aplenty.

At meetings, both men and women participated animatedly in the conversations. Naftali had to admit that the positive vibes that permeated his office no doubt translated into greater profits for the company, but were they coming at the cost of strict compliance with halachah?

His busy days no longer allowed him the luxury of delving into the relevant halachos, and he became increasingly concerned that for all the advantages of his new job (and there were plenty), it placed him in a precarious situation in which he may unwittingly violate the halachos that dominate interactions between men and women. Naftali realized he needed a halachically sound guide that cited the relevant halachos and explained them in a way that was applicable to the realities of today’s workforce. Where could he find such a guide?

The issue Naftali was grappling with was one that was on the minds of thousands of Yidden in the workforce the world over. The transition from the beis medrash to the conference room may seem simple enough. All too often, though, it is riddled with challenges. One person’s standard is his or her colleague’s stringency, and in some cases, the concerns of the higher-ups about profits trump those regarding piety, with strict halachic compliance being the sacrificial lamb. Even those blessed with a strong chinuch frequently find their grasp of the halachos of kreivah, hisrachkus, and yichud wanting. They may have learned the halachos in a sterile classroom setting, but they never had the chance to translate the halachos into the real world.

Fortunately for Naftali, one of these concerned employees included an office secretary in a Brooklyn business who often related her concerns to a family member who was a young, tech-savvy talmid chacham. Rabbi Freidman heard the concerns and spoke to others who had office jobs, who all echoed the same sentiments.

Shortly thereafter, he noticed an ad touting a daily halachah email that contained “halachos relevant to the office.” Perhaps this is what the people need, he thought. He subscribed to the email list and began receiving the daily messages. The emails, however, could use improvement; the scope of halachos was rather limited, the text was drab, and the design was woefully inadequate.

The resourceful Rabbi Friedman contacted the fellow behind the emails and offered his assistance. He delved into the sugyos, researched different workplace environments, and reached out to Rav Mechel Steinmetz, the Skverer dayan of Boro Park, asking him to serve as the program’s rav. As one of the leading poskim in Brooklyn who is often contacted by Yidden from all over the world with all types of she’eilos, R’ Steinmetz is very familiar with the modern workplace atmosphere, and he saw the great need for such an initiative. R’ Steinmetz notes that many of the questions that come to him are a direct result of not knowing these halachos, and “the majority of unfortunate situations that happen are a direct result of ignorance and not knowing the basic halachos of kreivah and yichud.” The project has been fortunate to benefit from R’ Steinmetz’s guidance ever since.

Rabbi Friedman also reached out to Rav Yaakov Forchheimer as well as Rav Boruch Hischfeld, one of Cleveland’s senior poskim, to discuss pertinent she’eilos with them.

Slowly but surely, the emails began to address real she’eilos in a clear and coherent fashion, a full list of marei mekomos was published on the website, a graphic artist was brought in to upgrade the design, and professional software was purchased.

The new and improved emails are relevant and pertinent, and the wording is both pleasant and professional. A quick perusal of some of the emails reveal ones that are important and intuitive:

A man and woman should not work together in one room where there are no other coworkers as a permanent arrangement, even in a case where the issur of yichud does not apply (i.e., many people enter the room commonly or there is an open window to the street, etc.). Thus, when one seeks a place of employment, they should look to work in an arrangement where there isn’t only one man and one woman, reads one email.

Others are far-reaching in their scope, displaying a keen perception of the realities of daily frum office life:

In an office with a large number of employees of both genders, it is advisable to have both a male and a female in human resources positions, so that each staff member can deal with the employees of their respective gender regarding matters such as discussing vacation arrangements, discussing absence due to a simchah, and conducting the main parts of a job interview. With this setup in place, all details that are not essential to business will be discussed with a member of the same gender, and there will be no need to delve into the private matters of a member of the opposite gender. (An additional benefit of this setup is that excessive conversation with members of the opposite gender will be minimized.)

Employees started forwarding the emails to their friends, who in turn shared them with their coworkers and colleagues. A well-placed ad brought several hundred people clamoring for the emails. People started replying to the emails with practical she’eilos, and answers were provided in real time, a process that helped broaden the scope of the emails even further. A popular speaker mentioned it to her listeners, pushing subscriptions into the thousands.

A movement of was born.

Today, Doeihu’s emails reach offices in every corner of the globe; wherever frum Yidden can be found, businessmen and women at every corporate level open their inboxes daily to a clearly written email outlining a relevant halachah. A user-friendly website includes a list of source sheets used in the daily email.

Feedback pours into the Doeihu offices, including stories of how employees and employers alike have upgraded their compliance with halachah thanks to the awareness and knowledge contained in the emails.

My whole office has changed because of this, wrote one employee. There was a certain lax atmosphere in the workplace. It was a bit uncomfortable at times, but I always thought it was my personal sensitivity and there was nothing inherently wrong with it. Once I started learning, I realized that there were serious halachic issues, and I brought them to the attention of my boss. To his credit, he was receptive and took appropriate steps to solve the problems.

Thank you! gushed another participant. When I heard about it, I signed up right away, since I felt that it would be important for me to know the halachos of a workplace, given that this is where I spend a significant part of my day. I love it and feel that it has been extremely beneficial to me. I even learned about things that I did not know were problematic about my workplace and brought them to my boss’s attention. Many changes were put into place because of this email program. An account manager in an all-frum office noted the chizuk it gave her. By nature, she wrote , I am warm, friendly, and approachable. When it comes to the male manager on top of me, it can be a struggle not to be too friendly, especially because I want to be liked and make a good impression. It is especially

challenging because I see that he has a closer working relationship with some of my colleagues. I’m often in meetings, and the whole group is laughing at jokes, and I sit there silently and busy myself with other work or steer the conversation back to the topic at hand. Talk about being left out! What gives me chizuk is knowing that Hashem is the One  in charge, and it won’t help to get the approval of a person. It’s not worth lowering my level of tznius, and the reward is immeasurable… I really appreciate the daily chizuk I get from your emails, since it helps me keep on track and informs me of all the nuances I would not have thought of.

For Rabbi Friedman and his team at Doeihu, the feedback underscores just how vital this service is to Klal Yisrael, whose office standards are being upgraded, one Doeihu email at a time.

To sign up for the emails, send an email to subscribe@Doeihu.org or visit www.Doeihu.org.