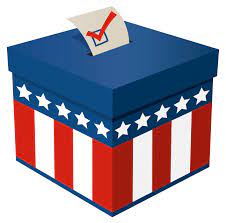 Who Is Running and for What?

This year’s midterm elections are being billed as of major significance on the national level, but a relatively minor selection of local races are garnering interest. Askanim still stress the need to get out and vote, because an underrepresented district in the polls will be an underserved district in government.

The Voice presents an overview of the local races.

Incumbent congressman Chris Smith is running for his 22nd consecutive term representing the 4th Congressional District in New Jersey. For the past 10 years, Smith represented Lakewood, Jackson, and Howell but not Toms River and Brick, which were part of the 3rd District. After the 2020 census and subsequent redistricting, all five towns are included in Smith’s 4th district, and he enjoys heavy support within the community.

An ohev Yisroel, Smith leads all US congressmen in number of laws authored, is a staunch supporter of Israel, and has led the battle against anti-Semitism throughout his long legislative career.

Smith is opposed by Matthew Jenkins, a former substitute teacher and contractor with a degree in biochemistry and molecular biology. Jenkins has no known political experience.

Incumbent Republican commissioners Virginia Haines and Jack Kelly are seeking reelection to the five-member panel of Ocean County commissioners, which has not seen a Democrat win since 1989. Kelly has served in various forms of government since 1982, and Haines, a former Lakewood resident, has served on the board since 2016 and in public service since 1992. She serves as chairwoman to the Department of Parks and Recreation and the Ocean County Natural Lands Trust Fund Advisory Committee and as liaison to a host of county departments and agencies.

Democratic candidates Roxanne Barnes and Catherine Paura are facing off against the incumbent commissioners. Paura is back for a second run at a county commissioner seat and has experience as an entrepreneur, CEO, global marketing executive, and film producer. Barnes is a political newcomer who is a businesswoman, pastor of 35 years, and professional substance abuse and anger management counselor.

County sheriff Mike Mastronardy is up for reelection. One of the most popular political figures in the county, Mastronardy narrowly lost a bid for county GOP chairman against George Gilmore earlier this year. A well-established friend of the Lakewood Jewish community, the sheriff has over 40 years of law enforcement experience, having worked his way up the ranks of the Toms River Police Department, where he served as chief for 22 years until his retirement on December 31, 2013.

Mastronardy is challenged by Sal Frascino, who lives in Lakewood and serves as a school resource officer for the public school district. Frascino began his career as a police officer in Jersey City, where he worked in the Special Patrol Bureau before being promoted to detective in the narcotics unit. Later, he was a task force officer with the DEA under the United States Department of Justice.

Akerman has served on the committee since 2010 and has worked hard to ameliorate traffic problems in town, keep taxes down, and ensure smooth service in the permitting and inspections department, which he heads. The department outperforms most similar offices in the state in terms of efficiency of processing permits and applications, while maintaining a very low budget.

Gross is an attorney for Xchange Telecom, a New York-based telecommunications and data company; his own practice in Lakewood. He has been a member of the zoning board for seven years.

Voters will choose three candidates for a three-year term on the Lakewood school board and one person for a one-year term.

Four candidates are on the ballot for the three-year term: Moshe Bresler, Meir Grunhut, Isaac Zlatkin, and Shlomie Stern. For the one-year term, Eliyahu Greenwald is running unopposed.

In the most closely watched local race, Michael Reina will attempt to win reelection against council president Martin Flemming.

Reina was appointed mayor of Jackson in December 2008 and elected to the position in a special election in November 2009. He was reelected in 2010, 2014, and 2018. Reina is the Ocean County superintendent of bridges.

Flemming was appointed to the township council in January 2020 to fill an open seat. In November 2020, he was elected to serve a four-year term which is scheduled to end on December 31, 2024. Flemming is the owner of County Line Hardware in Jackson.

The race is seen as pivotal in shaping the future of Jackson and has at times turned ugly. Jackson police recently investigated death threats and harassment made against Reina and his family.

Two seats are open on the Jackson Town Council, and two slates have emerged, with two candidates each siding with a mayoral contender. Reina, Kuhn, and Sargent are running as a team, and Flemming, Kern, and O’Neill have formed a separate ticket.

Kern, who ran in the last election together with Reina, is now on a ticket with Flemming. He is serving the final year of his first term on the council, prior to which he served on the planning board.

O’Neill, a real estate professional, was appointed on September 13 to the seat vacated by Alex Sauickie after he resigned from the governing body upon his selection to fill an open seat in the state Assembly. Prior to that, she was a member of the zoning board.

Kuhn is a lifelong resident of Jackson and also identifies as a “real estate professional.”

Sargent serves on the Jackson School District Board of Education and is employed by the Jackson Department of Public Works.

Jackson voters will also choose two school board members from among Allison Barocas, John Spalthoff, and Megan Gardella. Barocas, a pharmaceuticals business manager, previously ran as an emergency write-in candidate to oppose Tzvi Herman when he was the only one on the ballot. She is currently serving a one-year term on the school board and has a history of publicly praising anti-Semitic comments. She and Spalthoff ran on one ticket.

Spalthoff, a lifelong teacher and principal, serves on the zoning board and also has a dubious reputation for tolerance. In March of last year, he was appointed to a vacancy on the school board.

Megan Gardella is a 40-year resident of Jackson, a 10-year former Jackson School District employee, and a current business owner.

The race for one seat on the Toms River school board pits Kathleen Eagan against Daynne Glover.

Incumbent Eagan, 70, is a retired educator from the Toms River Regional School District, who taught elementary school in the district for 30 years. She previously served as president of local and county associations for over 10 years.

Glover, 37, is a policy and outreach associate with the Advocates for Children of New Jersey, supporting the Early Learning Team, and has worked for 16 years for nonprofit organizations promoting early childhood development. She has no political experience.

You can cast your vote in any of three ways:

Registered voters can vote early until Sunday, November 6 at any of the following locations: