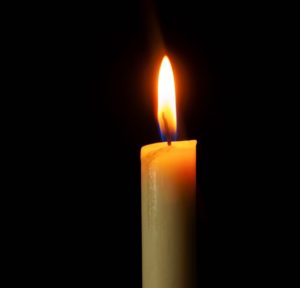 The Message of Meron: The Inextinguishable Flame of Love

A year has passed, but the ache in our hearts over the terrible tragedy in Meron last year has not subsided. The suffering of the victims, the incalculable grief of their families, and the collective anguish of Klal Yisraelremain with us to this day and will continue to remain with us until Mashiach arrives.

While we cannot comprehend or begin to estimate Hashem’s greater plan and purpose for this catastrophe, we know that when something of such magnitude occurs, one of Hashem’s infinite calculations is to send us a message. The victims were karbonos for the tzibbur, and the message therefore is meant for all of us. It is incumbent upon us to at least attempt to identify and internalize that message.

Shortly after the Meron tragedy, our gedolim identified Hashem’s message to be about bein adam l’chaveiro and sinas chinam.

There were several signs within the tragedy itself that pointed to this message: the timing, the type of death, and the way it happened. It occurred on Lag BaOmer, during the time period when we mourn the loss of talmidei Rabi Akiva, who died because they didn’t treat each other with the respect they deserved. The victims died from asphyxiation, and Chazalhave revealed that askera, a form of asphyxiation, is a punishment for lashon hara. Finally, their deaths occurred by falling on and squashing one another, reflecting us hurting each other.

What is the tikkun, and what amends are necessary for our shortcomings in bein adam l’chaveiro? It is to work on ahavas chinam, the polar opposite of sinas chinam. Ahavas chinam is unconditional love, loving another for who they are, with no ulterior motive. It is genuinely caring for those who are not our friends and relatives, those who have nothing in common with us and have never done anything for us; pure, unadulterated love for another individual simply because they are a fellow Yid.

We recently witnessed a prime example of ahavas chinam in action. When Russia invaded Ukraine, thousands of Yidden across the world sprang into action, donating tens of millions of dollars to assist, evacuate, and shelter Yiddenwho had become trapped in the deadly conflict—Yiddenthey didn’t know and probably would never even meet. The overwhelming majority of the funds and rescue efforts went to people who aren’t on the same level of frumkeit as we are, don’t look like us, and don’t speak the same language as we do. None of that mattered. What mattered was that they were a fellow Jew in urgent need of our help. Klal Yisrael stood up to that test and passed it with flying colors.

The lives of the people who were niftar at the kever of Rabi Shimon bar Yochai last year were ended suddenly and their futures instantly wiped away. All were people in the prime of their lives, individuals who were accomplishing, or on their way to accomplishing, great things. And in one brutal moment, it was all snuffed out. Their growth and their futures were eliminated by others who were physically falling onto them, pushing them down and quashing their potential.

Is this something we are willfully guilty of doing? Every day, we have countless opportunities to either raise people up, elevate them, and empower them or to push them down, trample on their hopes, and dash their self-esteem. Which do we choose?

A mere few words can be life altering. I know of someone who is today an accomplished marbitz Torah and mechaber sefarim who attributes his success to a jolt of confidence he received when he was a mediocre student in 10th grade. He was in his rebbi’s house on Purim, and his rebbi remarked about him, “Zeh hakatan, gadol yihiyeh.” Those four simple words changed the entire trajectory of his life.

A woman once complained to Rav Pinchas Scheinberg zt”l that one of her sons was having difficulties in school and destroying the environment in the home. She said the situation had become so challenging that she was somewhat disgusted by his very presence. She sought an eitzah from the Rav with regard to how she could improve the situation and alter her perspective. He responded that he would come to their dirah that evening.

When the Rav visited, all the children lined up to greet him and receive his brachah. Rav Scheinberg noticed that one boy’s gaze was directed downward, and his countenance altogether lacked luster; he immediately knew that this boy was the troubled child. He loudly exclaimed to the boy in front of the mother, “You have such beautiful blue eyes!”

From that point forward, the boy’s behavior improved drastically, and the mother’s formerly positive view of her son returned with a new vigor. Just one small compliment, that’s all it took.

Chazal refer to talmidei chachamim as bonim, builders. They help to build the world at large as well as the individual, spurring the growth of everyone they encounter by way of encouragement and infusing them with positivity. But one need not be a talmid chacham to do so. We can all make a meaningful, lasting difference in the lives of others with a thoughtful choice of words.

Kol Yisrael areivim zeh lazeh—our lives are inextricably intertwined, held together by the deepest bonds of Yiddishkeit and shared history. But our lives are also held together with ahavas chinam, the unconditional love of a fellow Yid. Without that undying affinity, without the inextinguishable flame of brotherhood and sisterhood, without that devotion and commitment to each other’s well-being, we lack a crucial part of what makes us special—and we would be missing the message of Meron.

The Meron tragedy was, we hope, a once-in-a-lifetime calamity of inestimable enormity. The message from that terrible day was a message to stick together, to look out for each other, and to promote those around us with unceasing love. We have the opportunities to do so; all we must do is to show kavod zeh lazeh and treat those around us with the respect and love they deserve if only because they are a fellow Yid.

Rav Dov Kahan is the rav of K’hal Rayim Ahuvim of Arlington and av beis din of Bais Din Maysharim of Lakewood.