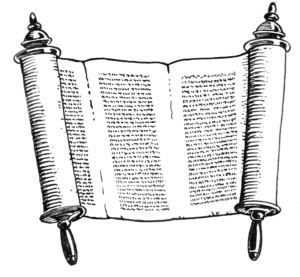 Gematria Is Not a Game

The Midrash tells us that Moshe davened 515 tefillos to be allowed to enter Eretz Yisrael, totaling the gematria of the word va’eschanan. How does the Midrash know that the number of tefillos equaled that particular word?

First, Moshe did not begin to daven until Hashem told him he would defeat Sichon and Og. Rashi points to that conversation as the moment Moshe began to hope that Hashem’s neder that he would not enter the land had been nullified. Earlier, there was nothing to pray for.

Second, that conversation took place during the day of 15 Av. Moshe did not have any nevuah until the generation of the Meraglim was gone, which happened on that day. And Moshe had nevuah during the day, not at night (see Rashi, Shemos 12:2).

Third, Moshe’s tefillos were all during weekday Shemoneh Esreis. We know this because we learn the halachos of Shemoneh Esrei from his tefillah (see Brachos 32a). Personal requests are not allowed on Shabbos.

How many weekdays are there from 15 Av until Moshe’s passing, on 7 Adar? One hundred seventy-two. Three prayers of Shemoneh Esrei per day totals 516. Ma’ariv of 15 Av did not count because Hashem didn’t speak to Moshe at night. We therefore arrive at 515.

I Won’t Pull Any Tricks

The Sifri writes that Moshe asked Hashem to allow him to go “look” at Eretz Yisrael because “You were already matir my neder once, in Midyan.”

What was the point in just going to “look”? And what does Hashem’s heter for Moshe’s neder in Midyan have to do with anything?

The Gemara (Kesubos 77b) relates that Rabi Yehoshua ben Levi tricked the Malach Hamaves into showing him his place in Gan Eden before he died. Rabi Yehoshua then jumped into that spot and swore he would not leave. The Beis Din shel Ma’alah ruled that he could stay there and did not have to be matir his shvuah because he never did so during his lifetime.

Moshe was asking to just visit Eretz Yisrael briefly (to “see” it), to fulfill the special mitzvos of the land one time. After that, he promised, he would go back to Mo’av and die there, fulfilling Hashem’s decree. But there was a danger that he may pull a trick like Rabi Yehoshua ben Levi and swear to never leave! To discount this concern, Moshe said, “I have already been matir once. Even if I try it, the court will rule that I have to be matir the shvuah and go back. So there’s nothing to be lost by my visit” (Rav Simcha Rappaport of Lublin).

Too Wise to Realize

Moshe tells Klal Yisrael that the nations will see the mitzvos they perform and exclaim, “How wise and understanding is this great nation!” But among the mitzvos mentioned are chukim, which Rashi tells us in Parshas Chukas are a source of ridicule from the non-Jews due to their opacity. Are they impressed or jeering? It can’t be both!

It is both. At first, the non-Jews are disdainful of the chukim, which, like us, they do not understand; but unlike us, they do not trust. But reality soon becomes obvious. When anyone, including our worst detractors, takes the time to see the development of a talmid chacham or oved Hashem and how we are people of spiritual stature, integrity, and power, they cannot but confess that there is something in these mitzvos that bring out the best humanity has to offer.

Perhaps we sometimes lose the perspective because of proximity. We are, at times, too close to see the greatness cultivated by a life of Torah and mitzvos (Darkei Mussar).

An Apple a Day…for Torah

The Gemara (Brachos 32) tells of a strongman who encountered a chassid in the middle of tefillah. The chassid didn’t return his greeting, and he threatened to kill him for it. “Doesn’t your Torah tell you to guard your life?” he demanded, quoting the pasuk (Devarim 4:9) “Just be very careful and guard your life…”

It would seem that the fellow was foolish and unlearned, because the pasuk is not talking about safety. It continues: “…that you not forget the things you saw and learned [at Sinai], all your life…” It is warning us to never forget Torah, not to be safe!

But something deeper must be going on here, because the Rambam (Rotze’ach 11:4) quotes the same pasuk as the source for the mitzvah to avoid danger.

The answer is disarmingly simple. There are many reasons to avoid unsafe situations, eat healthy, sleep, exercise properly, and care for the bodies Hashem has given us. Not least of all, as mentioned explicitly in the Rambam (Dei’os 3:3), one cannot study and know Torah when he is unhealthy. We are commanded to be safe—if only in order to be learned (Rav Yaakov Kamenetsky; Avodas Massa).

Each day, we recite the command to have the words of Torah “on our hearts.” How wonderous is the privilege we have as bnei Torah to dwell in the world of Torah, whether in the beis midrash or the marketplace! Although we haven’t been granted the blessing of living in Eretz Yisrael with Mashiach Tzidkeinu, we have the next best—a city built on thriving Torah study.

But is something wrong? Rashi quotes Chazal (on the pasuk above), who teach that when the words of Torah are on our hearts, we will achieve the first part of the pasuk—loving Hashem with all our hearts. Rav Yosef Zundel Hutner questioned why we do not seem to see this in practice. Many learn and do not find a love of Hashem blossoming within themselves.

In his sefer Ulam Hamishpat, Rav Hutner explains that “on your heart” means fully on it, with no chatzitzah. If we have ulterior drives in our learning, although we may come to l’shmah eventually, there remains a blockage. If we are interested in kavod, recognition, or a shteller, we cannot say that Torah is on our hearts. Our other desires are, and Torah lies upon that.