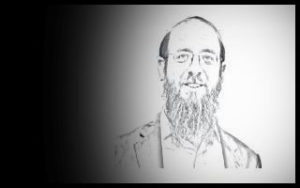 We are living in interesting times. Low-income families who usually live on a shoestring budget were
suddenly, almost miraculously, given a bonus of thousands of dollars, enabling them to make Pesach
with ease. Many families got upward of $10,000. But that’s not all.
The recent stimulus bill is soon going to be giving even more money to these same families. The annual
child credits have been upped to $3,000–$3,600 per child and moved from the end-of-year tax return to a
monthly payment (as of this writing, the details of this program have not been finalized by the IRS, but the
principal concept has become law).
For a community such as ours, with many families of multiple children, this means a huge influx of money,
one that can greatly benefit so many of our brethren. This increase of government assistance will bring
hundreds and even thousands of dollars to so many families that are literally struggling to make ends
meet.
Just think about the extra tzedakah money that will be available for other causes, with more ma’aser
money going around, and diminished budgets of organizations that help local families, as people are lifted
out of poverty. More on that later. This extra government money will surely help schools whose parent
body has a difficult time paying the prohibitive tuition. Millions of dollars will be pumped into the local
economy as families can afford to spend more than they were able to until now, and “buy local,” of
course. And then there is the relief of financial stress for so many.
All this is great news, right? Or is it? I will leave the political and financial aspects of this stimulus to those
whose writings appear on other pages of this paper, or elsewhere. Needless to say, we owe a
tremendous amount of hakaras hatov to the Biden administration for this increase, and I seek not to
undermine that. Indeed this shefa is a matnas chinam from Hashem; Elokeichem v’Elokei avichem
nassan lachem matmon b’amtichoseichem. But at risk of being called a killjoy, I’d like to convey why a
serious ben Torah should give pause about this new abundance. (Just to be clear, I am not referring to
families who are struggling to cover their monthly bills and balance a regular budget—for them this is a
heaven-sent matanah, a lifesaver; I’m referring to families who indeed need to work hard to cover their
expenses but manage to do so.)
One important difference between this form of stimulus and the others is that it is not a one-time payment;
it is a steady monthly bonus. The reason this is important is because unless the extra money is put away
in savings, it changes the budget calculations and even financial standing of the recipient family. Since
one’s budget consists of income and expenses, more income will mean either an increase of spending, or
a decrease of other income.
Less pressure to earn income could mean happier mothers, children, and homes. But it could also mean
less incentives to perform vital services and activities. Will yungeleit who suddenly don’t have to struggle
to cover their bills stop taking chazarah bechinos given by Dirshu or the like? Will they stop participating
in other incentive-based Torah programs? Will a yungerman be less likely to take on a tutoring job?
Probably. That is not necessarily a good thing. Will babysitters be harder to find as mothers realize that
they can make it through the month without juggling so much? Also not a great thing.
Those who were doing these things until now will surely need to make a serious cheshbon hanefesh
whether what they were doing till now is important, and whether they should continue doing so regardless
of the financial need.
On the flip side, families who decide to keep their income the same but allow themselves more expenses
might find themselves with a new nisayon: buying excessively and indulging themselves and society
further into the trap of Olam Hazeh. A family who was content with simple food, dress, and accessories by
default when their budget didn’t allow for more might find themselves pursuing endless gashmiyus’dige
pleasures once their intake rises considerably. Will we as a society, or as individuals, become even more
consumed with the pursuit of money and desires, because we can now afford it?

And yet another concern. While many families will hopefully be lifted out of poverty, unfortunately, there
will be others who will still struggle, despite the increase in government assistance. Ki lo yechdal evyon
mikerev ha’aretz. We should beware not to chas v’shalom question the need or integrity of upstanding
local organizations that assist these families. Enough said about that, I think.
The timeless words of the Mesilas Yesharim (perek aleph) come to mind in times such as these. “For all
the circumstances of this world, for good or not, are nisyonos for man. Poverty on one side, and wealth
on the other… And if one will be a staunch warrior, and he will win the war on all fronts, he will achieve
sheleimus, and be zocheh to be davek in his Creator.”
A noted philanthropist who lost all of his wealth came to his Rebbe to complain. “After all the tzedakah I
gave, Hashem takes away my money?” he wondered out loud to the Rebbe. “Maybe Hashem saw that
you passed the nisayon of ashirus, and now he wants to see if you’ll pass the nisayon of aniyus,” the
Rebbe replied. Every circumstance in life is a test.
Everyone is trying to figure out how to make best use of the stimulus bill. Including the yetzer hara. We
should be smart and aware of that fact, and not let him use the proceeds of this bill to sway us in our
ultimate goal—avodas Hashem. And if we are victorious, we will have achieved true sheleimus.