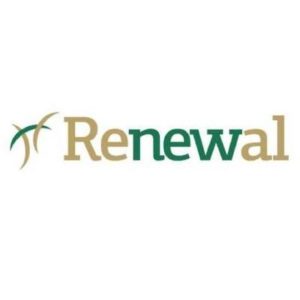 Ahuva peered at her husband’s face, searching anxiously for a sign that he was regaining consciousness after his hours-long surgery.

“Shmuel, can you hear me?” she asked softly.

Shmuel’s eyelids fluttered open and he slowly looked around. The corners of his lips curled up in a slight grin.

“Why are you smiling?” Ahuva asked, her anxiety beginning to fade.

“Because this has been the most fulfilling experience of my life,” Shmuel replied.

“Okay. Get some more sleep now,” she said, sinking back into the plush armchair, a sense of joyous contentment washing over her.

It had been a difficult decision to support her husband’s willingness to donate his kidney and offer a new lease on life to a woman undergoing weekly dialysis treatments. But now, as her husband rested, she knew it wasn’t just the right thing to do—it was the best decision they had ever made.

“I don’t believe that any credit is due to me,” Shmuel told me later. “Hashem gave me a once-in-a-lifetime opportunity to be makriv a part of myself as korban and breathe new life into a Yiddishe neshamah. All I had to do was not turn it away.”

“After Shmuel’s recovery, we were utterly euphoric,” Ahuva recalls. “It isn’t possible to describe the simchah of having a part in saving someone else’s life until you’ve experienced it for yourself.”

“It was a tremendous privilege to be able to be a part of this. I’m sorry that I only had one to give. And every kidney donor I know feels the same way,” Shmuel added.

At a recent Renewal event for the more than 70 kidney donors from Lakewood and their families, the delight of saving a person’s life described by Shmuel and Ahuva was on full display.

“Knowing that what I did saved another Yidis an endless source of pride and gratitude,” kidney donor Mrs. Goldie Adler told me. “It infuses you with a unique happiness, realizing that you have a share in every mitzvah performed by the recipient of your kidney. I would never trade it for anything.”

“I was hesitant at first, to be honest,” another donor said. “I had so many questions, so many concerns—this was all foreign to me. But I spoke to Renewal, I asked da’as Torah, and I got the answers I needed.

“I would encourage anyone who is on the fence about donating a kidney to save another person’s life to do the same,” he continued. “Ask questions; tell them your concerns. Don’t let your hesitations and lack of knowledge prevent you from grabbing this opportunity and saving another Yid’s life.”

One by one, Renewal kidney donors stood up and told their stories. Most had never thought of becoming a kidney donor before; they simply got swabbed as their hishtadlus in saving someone’s life. But every single one expressed the same sentiment: they would do it again if they had the chance.

“Once people experience it, once they see how straightforward the process is and really get to feel what it’s like to save another person’s life, their doubts melt away,” said Rabbi Moshe Gewirtz, a kidney donor coordinator for Renewal who is himself a kidney donor.

“Most donors go into the process of donating their kidney with the simple motivation of helping another person, not to help themselves,” Rabbi Gewirtz noted. “Yet time and again, I see the incredible benefits it brings to them and their families—benefits that truly change their lives for the better.”

It is this joy and contentment, this infusion of meaning and purpose into kidney donors’ lives that have them all saying the same thing: “I only regret not being able to do it again.”

The calling of a ben Torah

Rabbi Mordechai Dombroff is a devoted husband and father of five, a rebbi at a local mesivta, and a renowned talmid chacham who awakens early each morning to deliver a highly acclaimed daf yomi shiur. And he also has a chelek in the zechus haTorah of thousands of children.

“Like most people. I never envisioned myself as a kidney donor—it wasn’t even on my radar. My focus was exclusively on learning and being marbitz Torah,” he told me. “That was until I heard that Rabbi Yitzchok Dwek was in need of a kidney.”

As a talmid of the Rav, R’ Mordechai felt it was his responsibility to attend a Renewal event for Rabbi Dwek, thinking that getting swabbed was appropriate hishtadlus. He thought nothing more of it.

Two months later, R’ Mordechai received a call from Renewal; he was the perfect match for another Yid—the principal of the Lakewood Cheder, Rabbi Menachem Levin. After seeking the guidance of Rav Chaim Kanievsky, R’ Mordechai decided to go through with the donation, a decision he now can’t imagine ever doubting.

“As bnei Torah, we spend our days bringing shefa brachah to the world and being matzil nefashos in ruchniyus. Imagine having the chance to be matzil nefashos b’guf as well!” he said. “Donating a kidney to another Yid is the perfect complement to the life of a yungerman who spends his days steeped in limud haTorah.

“Donating completely changed my perception not only of what donating a kidney entails, but of who I am as a person,” R’ Mordechai added. “I’m not a doctor and I’m not on Hatzolah, I just learn. That I had the ability to save a life was something I had never thought of. Donating a kidney opened a whole new world for me; it made me see how much more we can accomplish as Yidden and bnei Torah, and it’s a tremendous zechus to be a part of.”

Renewal: There every step of the way

Numerous donors have noted that their hesitance toward donating a kidney was due to their fear of the unknown.

“When I got the call that I was a match, I was scared, plain and simple,” one donor told me. “It was like going into a dark tunnel and having no idea what was on the other side. Thankfully, Renewal was there.”

Renewal has an entire team of coordinators committed to providing every need, assuaging any concern, and soothing any fear that arises in the process of donating a kidney.

“We hold your hand—literally and figuratively—every step of the way,” Renewal’s program director, Rabbi Menachem Friedman, said. “From the initial swab through the surgery and beyond, Renewal ensures that you are informed, educated, and in complete control.”

A donor who came to Renewal’s kidney donor event last week in Crocs as he continued his recovery from the procedure expressed his amazement at what the organization did for him.

“When I woke up, there were two people next to me—my wife and a Renewal coordinator. I couldn’t believe it!” he said. “They didn’t just help me understand what would be happening and then leave me to figure things out after surgery—they were at my side all along.”

“Kidney donation is a major ordeal—it takes time and energy, it can be painful, and the recovery period sometimes spans several months. But it’s safe, it’s lifesaving, and its benefits make it all worthwhile,” Rabbi Gewirtz said. “Renewal can show you how.”

All they need is you

There are numerous cholim in Lakewood and beyond who are in dire need of a kidney transplant, and all they need is that one person, that perfect match, to step forward and take the plunge.

Take the case of Yossi K., an adorable three-year-old who is forced to undergo daily dialysis treatments as he awaits the person who will allow him to live as carefree as his friends.

That rachman could be you.

For further information contact Renewal at 718-431-9831 or email info@renewal.org.