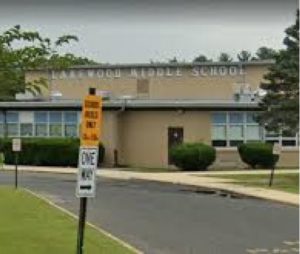 Most public school districts across the state have intermittently opened and closed, switching from in-person to remote learning and back again as cases spiked and waned in their districts—except Lakewood. After being the first to open for all-in-person learning, Lakewood is the only public school district to remain open throughout the pandemic.

Now, teachers and some parents are complaining that the district is not being straightforward with its data.

Neighboring districts Brick, Toms River, and Jackson have closed their schools’ doors for days and weeks at a time since the start of the school year. Manchester, Freehold, and Howell, among others, halted in-person learning when outbreaks of the virus were identified in their student/teacher population.

Despite Lakewood Township’s nearly 8,000 reported COVID cases and 224 deaths, the most in Ocean County, Lakewood remains the only school district where the pandemic has not canceled face-to-face learning this term. Representatives of the Lakewood Education Association (LEA), which represents 750 teachers and staff members, are complaining that the school district is not healthier than its neighbors, it’s just less communicative.

The school district has not provided an official count of COVID cases since November 2, when it announced that there had been 47 cases in the first two months of the term. The Ocean County Department of Health later reported at least 11 more cases in Lakewood schools, but no subsequent count from school officials has come forth, and the county says it cannot effectively track school numbers.

At the December 16th Board of Education meeting, Superintendent Laura Winters was asked for the number of COVID cases among students and staff since November 1. “I don’t have those numbers,” Winters replied. School Board attorney and district spokesperson Michael Inzelbuch later emailed a statement on the subject in which he referred to Winters’s explanation in November that she had stopped releasing information about COVID cases when teachers and support staff were upset that published numbers made them the subject of speculation about who had been infected.

But LEA President Kimberlee Shaw accuses the district of a lack of transparency. “Staff is on edge because there’s no transparency,” she said. “We have almost 100 cases and no one has called it an outbreak. When every surrounding district reports a case, it goes remote. I don’t understand why we’re the unique situation.” Shaw claims that school building representatives have reported some cases, and there are at least 98 cases in the district.

County and state officials do not have the data, or the authority, to switch local schools to remote learning. Daniel Regenye, Ocean County Health Department public health coordinator, said his office makes recommendations based on data provided by school districts, but closing is ultimately up to the school boards. Regenye said the department couldn’t provide a total of COVID-19 cases in Lakewood schools because it “can’t run specialized data requests.”

Governor Phil Murphy has encouraged school districts to be transparent and said they are required to report cases and outbreaks to families. State Department of Health’s COVID-19 school-related outbreaks dashboard shows only that there have been five outbreaks and 32 “linked cases” in Ocean County schools.

The state Department of Health’s most recent COVID-19 Activity Level Report, which is issued weekly, says Ocean County is still in the red zone for coronavirus cases. The county reported 30,600 cases last week, an increase of 3,023 over the 27,577 cases reported on December 18. The red zone designation indicates that the daily new-COVID-19 case rate exceeds 25 cases per 1,000 residents over a seven-day average. Cases in Lakewood rose to 7,939, up from 7,507 the previous week. Jackson and Toms River each saw a rise in cases of 400 since the last tally.

All 21 New Jersey counties are at least orange zones, which indicates a “high” infection rate. That designation means that either the daily new-case rate is 10 or more per 100,000 people, or the total percent of COVID-19-like symptoms rose above 5.52, or the percent of positive tests rose above 10 percent. State officials said school districts in counties with a high infection rates “may have to take more serious steps such as quarantining or even shutting down schools if a child shows symptoms of COVID-19.”

Second Stimulus Package: What It Means for You

After holding out for days on demands for higher stimulus checks, President Donald Trump signed late Sunday night the $900 billion stimulus package as it was passed by Congress.

The late-night signing narrowly avoided the deadline for unemployed workers to receive the extra $300 in federal jobless benefits for the coming week and averted a federal government shutdown on Tuesday.

Over the weekend, Trump had indicated that he might not sign the new stimulus package bill because the planned $600 stimulus checks were “ridiculously low.” The president demanded that Congress raise the checks to $2,000 per person. Oddly, House Democrats were more than happy to do so, and advanced a motion on the request on Thursday, but Republicans shot it down. The 5,000-page bill was flown to Trump’s vacation spot in Florida for him to consider signing over the weekend.

On Sunday, Trump tweeted that he would sign it without the higher checks, but would demand that Congress act on his marked-up version of the bill, which removes wasteful spending and increases the checks.

“I will sign the Omnibus and COVID package with a strong message that makes clear to Congress that wasteful items need to be removed,” Trump said in a statement. “I will send back to Congress a redlined version, item by item, accompanied by the formal rescission request to Congress insisting that those funds be removed from the bill. I am signing this bill to restore unemployment benefits, stop evictions, provide rental assistance, add money for PPP, return our airline workers to work, add substantially more money for vaccine distribution, and much more.”

What will the new stimulus package do for you? There are several mainstays to the package.

Stimulus checks: The new stimulus package will provide a one-time stimulus check of $600 for each eligible individual based on the same income limit as the first stimulus check, which is a 2019 income less than $75,000 for each individual and $150,000 for each married or joint filer. Eligible dependents aged 16 and younger can qualify for $600, while married and joint filers can get $1,200. This means that the “standard” Lakewood family earning less than $150,000 will receive $1,200 plus an additional $600 per child under age 17. Families earning more would receive lower amounts, as individual checks decrease by five dollars for every additional $100 of earned income. Families earning over $174,000 would be phased out of the stimulus altogether.

When will the money arrive? Previously, Secretary of the Treasury Steven Mnuchin said stimulus checks could be sent within days, although it’s unclear if that schedule still applies or payments would be delayed until early next year.

People who have their direct deposit information on file with the IRS could receive the benefit within a week. Direct deposits will be sent automatically to any such people who received the first round of checks or filed a 2019 IRS tax return. But people waiting for paper checks may have to first file their 2020 tax return.

The IRS began to mail checks for the first round about a week after it processed the money for people with direct deposit data on file. The US Treasury can process between 5 million and 7 million paper stimulus checks per week. But language in the new stimulus bill institutes a cutoff of January 15 for the IRS to send out payments based on 2019 tax returns. Anyone who doesn’t receive theirs by that date would have to claim it on their 2020 tax filing, where it may be possible for it to be counted as a tax credit.

People who file their returns in February would likely receive their stimulus check money in the form of a Recovery Rebate Credit months before people who wait until the April 15 deadline or file an extension.

Rental assistance: The stimulus package extends eviction protection until January 31 and provides $25 billion in rental assistance for individuals who lost their sources of income during the pandemic.

Nutrition assistance: The law raises SNAP benefits by 15 percent for six months but does not expand eligibility. Prepaid cards like the ones received by many Lakewood families earlier this year may be on the way once again. The Pandemic-EBT program is expanded to families with children under age 6 who receive food stamps, deeming them “enrolled” in child care and eligible for benefits. It now provides money to low-income families with school-age children in lieu of the free and reduced-price meals they would have received in school. The deal also sends $400 million to food banks and food pantries through the Emergency Food Assistance Program.

Small business loans: The bill reopens the Paycheck Protection Program, allowing small businesses to apply for a second forgivable loan. The loans would be limited to businesses with fewer than 300 employees that have seen drops of at least 25 percent of their revenue during the first, second, or third quarter of 2020. It would also reduce the amount a borrower can receive from $10 million to $2 million, give businesses more flexibility with regard to how they spend the money, and simplify the forgiveness process for loans under $150,000.