The Halachos of Al Hanissim 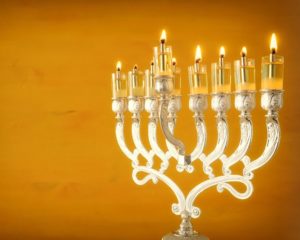 Halachah: If one forgot Al Hanissim in Shemoneh Esrei and finished the bracha V’chol Hachaim, he does not go back. He can make it up at the end of Shemoneh Esrei by saying, “Harachaman Hu ya’aseh lanu nissim v’niflaos keshem she’asisa la’avoseinu bayamim haheim bazman hazeh” and continue with Biyemei Mattisyahu.

Q Where exactly at the end of Shemoneh Esrei should one say this?

Q Some say Yihiyu L’ratzon twice, once before Elokai Netzor and once after. Should one say this Harachaman before the first or the second?

A Before the second.

Q May one say this Harachaman on Shabbos?

A No. He should start with Biyemei Mattisyahu.

Q If one forgot Al Hanissim in Bentching, where should he say this?

A Right after Bamarom, where one says the Harachaman for Shabbos or Rosh Chodesh.

A The one for Rosh Chodesh.

Halachah: If someone says Baruch Attah Hashem in error, in order to avoid mentioning Hashem’s Name in vain, he says lamdeini chukecha.

Q If one mistakenly did say lamdeini chukecha and went back and said Al Hanissim, is it a hefsek?

Q If one did say lamdeini chukecha and went back to say Al Hanissim and realizes his mistake in the middle of Al Hanissim, must he stop?

A No, he should continue saying Al Hanissim.

Q If one said lamdeini chukecha and realized his mistake before beginning Al Hanissim, what should he do?

Halachah: At times, if one forgot an addition to Shemoneh Esrei and he is between two brachos, for example, one forgot Ya’aleh V’yavo and is before beginning Modim, he doesn’t have to go back, but during Shacharis and Minchah of Rosh Chodesh one may say Ya’aleh V’yavo right there. Al Hanissim is different. If one remembers that he forgot Al Hanissim and he finished V’chol Hachaim and did not start Sim Shalom, he is not permitted to say it there. He should continue with Shemoneh Esrei.

Q If by mistake one said Al Hanissim there, is it a hefsek?

Q If one is mistakenly saying Al Hanissim but realizes his mistake in the middle, what should he do?

Q It’s Chanukah, and instead of saying Biyemei Mattisyahu, one said Biyemei Mordechai V’Esther. Is that a hefsek?

Q One is davening Ma’arivon Motza’ei Chanukah. He said Al Hanissim by mistake. Is that a hefsek?

A He may do everything to clarify his she’eilah.

A He should not walk to get a siddur.