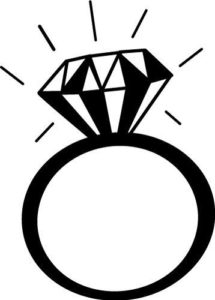 Where Is the Community?

I am a single girl living in Lakewood. I was so angry when I read your editorial about your relative who wants to hush the conversation about the shidduch crisis because it might be disturbing to some. Is he for real? Clearly, he is saying this because his daughter just graduated from seminary. Give him three more years of having her be in the parshah without a date in sight and he will change his tune very quickly.

For me, one of the worst parts of this whole situation is the utter silence in the face of the suffering of so many girls. Where is everyone? If you are unsure how to implement a solution for all this, or you feel that such an undertaking is too difficult for you, fine. But why aren’t you davening? Each one of us can daven that Hashem end the shidduch crisis! He is perfectly capable of doing so.

I can’t wrap my head around the fact that there has yet to be one asifah or yom tefillah where we get together to ask Hashem to end this. We do it for everything—for pidyon shevuyim, to set guidelines for smartphones, to protest lace fronts on sheitels. But to get together to daven to end a crisis that is causing tremendous emotional pain to so many girls, we can’t be bothered?

Never mind that nearly every girl who graduates from seminary will suffer from this crisis. At a minimum, she will likely go through two to three years of anxiety and degradation until she gets married. Usually, it takes longer. And many, many more girls are still waiting —and waiting and waiting. They struggle daily with the constant anxiety of “What if I never get married?”

The silence from our community is overwhelming.

Thank you so much for trying to solve this tremendous tzarah. In my opinion, the reason no one has ever tried to definitively figure out the reason for the crisis via studies or other methods is because we are scared of what the results might be and the measures we would then have to take. If the age-gap theory is correct, there are two possible solutions: Either the girls should get married later, which is something some gedolim have spoken out against because the older the girls get the more worldly and independent they become; or the boys should get married earlier, which is also an extremely controversial step because a) this would mean that they’d spend fewer years learning as bachurim, which some hold is a good thing and some hold is a terrible thing; and b) there is a concern regarding whether they are mature enough at that age to get married.

What has happened is that anyone who discusses the age-gap problem is automatically seen as starting up with the yeshivos and learning, because they are basically implying that the solution is for the boys to marry younger. But I think that if there were conclusive evidence that the age gap is indeed the primary reason for the problem, people, and more importantly, the gedolim, would look at the question and possible solutions differently. It’s one thing to say now that boys shouldn’t get married earlier because who says that’s even the problem? But if it is absolutely clear that al pi derech hateva there are three options—either the shidduch crisis continues R”l, or the boys marry earlier, or the girls marry later—it is a very different question.

I don’t think any yachid will try to conduct a study or other test because he will face backlash from people because of the aforementioned reasons. But if there is any organization or anyone strong enough, please go for it!

Suppose there are 10 houses for sale, but there are 20 people who need a house. Naturally, the people with pull, or the people that are more pushy, will have more of a chance of getting a house. Imagine if someone would come along, and say, “I have a great idea to solve this. We will hire more real estate brokers! That way everyone will get a chance to be shown the houses for sale. In fact, everyone can look at all the houses as many times as they want!” Would that solve the problem? Of course not! It would, though, make people feel better—superficially—since they will feel like they are being treated equally and getting opportunities to see houses. But of course, it won’t create more houses.

That is what would be accomplished if we would hire more shadchanim. It would make everyone “feel good.” There is nothing wrong with making people feel good. It’s a nice thing to do, but it won’t get more girls married.

Many years ago, when I was in shidduchim at the same time as my sisters, I was redt many good girls, and I went out with one after the other. On the other hand, my sisters, who were very good girls, got maybe one yes a year.

Then some people did the research and realized that by the chassidim as well as the litvishe community in Eretz Yisrael, this issue did not exist. They came to the conclusion that the problem is the age gap between when boys and girls in our community start shidduchim, which causes a large disparity in the number of girls and boys available. Since the community grows by approximately 4 percent each year, the age gap on average when boys and girls enter shidduchim is four years, meaning that 12–16 percent more girls are available than boys.

A solution was proposed that boys in our community start shidduchim younger. Many rabbanim and gedolim signed a letter endorsing this solution. Then the Gadol Hador Rav Chaim Kanievsky added on the bottom of the page his own letter stating that halachically, boys should get married younger, and it won’t hurt their learning—it will actually enhance it since the learning will be done b’kedushah v’taharah v’nekius. Afterward, Rav Elyashiv, Rav Shteinman, and Rav Shmuel Auerbach signed the letter as well.

So why is the situation still the same? It has barely changed. My daughter and her friends are in shidduchim,and they all report the same phenomenon. The good regular girls barely go out, and the good, regular boys are going out with one girl after the other. Why did the situation not change?

I looked at the signatures of the American gedolim who signed the above-mentioned letter. Many are rabbanim and roshei yeshivos who are not empowered to change the situation. We all know that there are 10-plus roshei yeshivos who teach approximately 800 of our chashuve 18–21-year-old bachurim, after which they send the bachurim to learn in Eretz Yisrael for approximately two years, causing themto start shidduchim at 23 years old. These roshei yeshivah have the power to end this pain and all the costs it brings to Klal Yisrael. All it takes is for each of these yeshivos to change its rules and allow boys to date at 20–21, hire a mashgiach to guide and prepare the bachurim for this step in life, and separate these bachurim’s dorm rooms from those of the younger boys. The amount of money this would cost is a lot less than it’s costing now to help save our girls.

For those who say our boys are not mature enough, I ask, are our boys different from the chassidim or the Israeli boys? Of course not. It’s just that our boys are not set up to go out at 21, so what is pushing them to mature by then? They also don’t have the preparation from a mashgiach. (I am involved in chinuch and I know many bachurim who experience difficulties because they are withheld from being allowed to mature and get married and have a meaningful close relationship.)

For those who say the divorce rate will go up, I ask, is the divorce rate now worse among the chassidim or the Israeli bnei Torah? I ask further, could it be that girls feel compelled to say yes to boys that are not a fit for them out of desperation to get married, and is that possibly causing more divorces now? In that case, this solution will lower the divorce rate.

I plead with anyone that has the influence and power to intercede with these 10-plus roshei yeshivos to change the policy in their yeshivah and actually set up this system so boys can date younger and we can finally solve this terrible shidduch crisis, to do so. I understand that there are other important aspects that can enhance shidduchim, like paying shadchanim, having good middos, and supporting bnei Torah after marriage, but they have nothing to do with the main crisis which only the American litvish community suffers from.

Here are some immediate steps we can take to fix this crisis:

1. Every single that is currently on the market must be clearly visible to everyone. You can use ZivugTech developed by Ralph Lasry. Once everyone is seen in one pool, the numbers can be clear and people can keep on suggesting matches. This can be done through a blitz campaign, like in three weeks, similar to tzedakah campaigns—just people won’t need to give money.

2. All the litvishe rabbanim must call for a Citi Field-style kinus. In addition, they can mandate that for a certain period of time, all boys must marry girls above their age, after which boys can marry girls their age.

3. A massive marketing campaign should be run, convincing the parents and the kids that this will be awesome for them and save our communities for generations to come.

4. The age of starting shidduchim should be the same for boys and girls. We need to stop the current going-to-Eretz Yisrael-at-age-21 system.