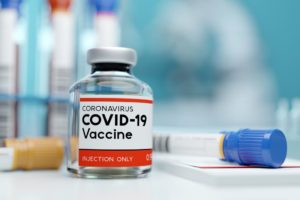 You don’t have to be a political junkie to know what the number-one debate going on in that arena is these days. While both parties have moved away from any sort of profession of fealty to the ideal of rugged individualism, they diverge substantially on how to go forward from there.

On the one hand, you have the Trumpian vision, which puts national identity and allegiance to country at the center of everything. The people must care for the national interest, and, in return, the country must take care of them. This plays out in areas like immigration and manufacturing, where the arguments for both limiting entry into the country and subsidizing jobs are based heavily on this principle. As Trump famously said, you either have a country or you do not.

But for the left, the country itself does not have any inherent value or standing so as to have interests. All that matters to them is the collective. To their extreme members, socialism is the answer to all of society’s ills.

We saw this during the campaign, as Kamala Harris lectured the country about the difference between equality and equity and the need for the latter over the former:

“Equality suggests, ‘Oh everyone should get the same amount.’ The problem with that is, not everybody is starting out from the same place. So, if we are all getting the same amount, but you started out back there and I started out over here, we could get the same amount, but you are still going to be that far back behind me. It is about giving people the resources and the support they need so that everyone can be on equal footing and then compete on equal footing. Equitable treatment means we all end up in the same place.”

What matters, according to this belief, is not that everyone has the same opportunities open to them, but that everyone ends up with the same outcome—no matter how hard they worked. It is for this reason that the right has been calling the left’s ideology of government-enforced outcomes “communism” for some time now—because that is exactly what that is.

Fredrich Hayek, the intellectual godfather of American libertarianism, once wrote about this attitude: “There is all the difference in the world between treating people equally and attempting to make them equal. While the first is the condition of a free society, the second means, as De Tocqueville described it, ‘a new form of servitude.’”

But the left has embraced this ideal. They openly talk about being “socialists” and about how “democratic socialism” should be the wave of the future. They don’t like the negative (and well-earned) connotations that communism has, so they just rebranded it.

Perhaps nobody put it as pithily as Winston Churchill when he said that “socialism is a philosophy of failure, the creed of ignorance, and the gospel of envy, [and] its inherent virtue is the equal sharing of misery.”

Most importantly, this philosophy ignores how bad the government is at enforcing outcomes.

Then again, perhaps that is what Churchill meant by “equal sharing of misery.” The only way for the government to effectively balance anything is by making things worse for everyone.

We are getting to see that sort of thing play our right now, in real time. As the country rolls out its vaccine program, we are witnessing how the micromanagement of the government in enforcing the “right way” to distribute them is slowing down the process, wasting doses of a limited stock and ultimately, costing lives.

Instead of making sure that the doses each state has are distributed and used as efficiently as possible, the CDC set regulations for who can and cannot get vaccinated at this point. The thinking behind this is that since there is a limited supply of vaccines, it is necessary to prioritize those who need it more over the others.

Setting aside the issue of who the government prioritized, the focus is what seems to be the most damaging. Andrew Cuomo, for example, announced a 1-million-dollar fine for anyone who gives a vaccine to someone who is not supposed to get it yet. This adds an extra level of bureaucracy to the vaccination process.

Which is why two thirds of the vaccines in the Unites States have not yet been administered. Apparently, it’s more important to make sure that equal sharing of misery is enforced than it is to keep people safe.

If things continue the way they are now, we can expect a lot more misery. But at least it will be shared equally.