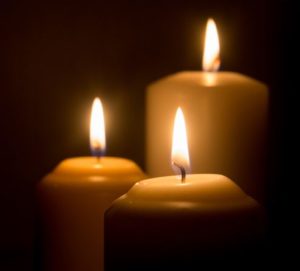 “Gitty was normal, fun, friendly, and full of energy. She loved life and she loved people. Inside, she was an off-the-charts tzadeikes.” —R’ Yechiel Wahl, Gitty’s oldest brother

Everyone in Gitty’s life was warmed by her positivity, kindness, and humor.

A patient and loving mother, Gitty invested tremendously in her children. She would tell her kids as she put them to bed each night, “Tatty loves you, Mommy loves you, and Hashem loves you most.”

Gitty’s deep loyalty to her siblings and parents knew no bounds. “It was ahavah nafshi,” her brother says.

Her father, Rav Feivel, relates, “On the day of each of her siblings’ weddings, Gitty would wake up at neitz to daven for the couple.”

Because she truly loved, appreciated, and valued everybody, Gitty’s friends spanned a wide spectrum. “I once met her in the grocery store,” shares her friend, Rivky. “She greeted me with such warmth and enthusiasm. I still remember the compliment she gave me that day; Gitty always knew exactly what to say to make you feel good.”

Gitty ran a playgroup in her Raintree home, where she was a dedicated and beloved morah. One student lived in Toms River, a long drive from the playgroup. “My wife drove my child in every day,” said the father. “A neighbor once offered to carpool, but my wife said, ‘Morah Gitty always has something nice to say. I don’t want to miss speaking to her every day.’”

In her Sefer Tehillim, Gitty highlighted the pesukim that spoke to her; pesukim of emunah and bitachon. She had a natural connection with Hashem, and she spoke to Him all the time. “This was years before she was sick. It was just the way she lived. She lived with Hashem, with real bitachon,” says R’ Yechiel.

Gitty’s husband, R’ Avrohom Greenberg, is a noted talmid chacham and rosh chaburah in Bais Medrash Govoha. Gitty was completely devoted to enabling her husband’s Torah learning. Quietly and without fanfare, she babysat her husband’s chavrusa’s children when they didn’t have school during Covid to enable him to learn with her husband.

Her sister Chani illustrates Gitty’s inextinguishable ahavas haTorah. “Shortly before my sister’s wedding, Gitty still didn’t have a gown. Knowing that her kids wouldn’t do well with a babysitter and being unwilling to cause her husband to miss night seder, she davened that Hashem send her a gown.

“Her prayers were answered when our mother’s neighbor realized that a gown she owned would suit Gitty perfectly. Gitty loved the gown, and she never had to leave home to find it.”

Because BMG enforces a no-phones-in-beis-medrash policy, R’ Greenberg didn’t carry his phone in yeshivah, even during the worst days of Gitty’s illness. Instead, he gave his wife BMG’s emergency phone number—which she never used. He also returned the beeper he’d borrowed because Gitty never paged him. When her husband was learning, nothing could make Gitty disturb him.

Just months after giving birth to her now nine-month-old baby, Gitty found out that she was sick.

She never asked a single question about her doctors, medical care, or treatments. Mrs. Malky Wahl, her mother, explains why. “First of all, Gitty trusted her husband with her life. She knew he was doing what was right and she never questioned him. She also never imagined that hishtadlus made a difference to the outcome. She believed with perfect faith that Hashem, and not the doctors, determined her medical journey.” A sign hanging in the Greenberg home quotes the Chovos Halevavos that a person can be healed through natural means or bilti sibah, without external intervention.

When they received bad news, the couple would say, “Now we’re in the stage of bilti sibah.”

Then came the dreaded call.

One day at 1:00 in the afternoon, the doctor called to inform Gitty that tests had come back with terrible news. The disease had spread to Gitty’s brain, and she needed to check in to the hospital immediately. Gitty’s family wanted to call R’ Avrohom home, but she insisted on waiting. “How will another forty-five minutes hurt me? Let him finish first seder before I call,” she said.

Chani shares, “Just after that second diagnosis, Gitty was alone in the hospital. One after another, doctors came to tell her it was all over. Gitty was terrified. She was shaking with fear at the thought of leaving this world, of leaving eight young children behind. She decided to daven. While reading the words of Hodu in which Hashem’s complete control over the world is detailed, Gitty became calm. A week later, she spoke at a gathering for women via recording. ‘It’s been a week since that Hodu, and I have not felt a smidgen of fear since then,’ she said.

“When Gitty told me the story,” Chani continues, “she added an account of a man who stood at his wife’s sickbed. A voice in his head told him, ‘You passed the test of bitachon that your wife would live, now it is time to believe that it is good.’ I believe Gitty wanted to tell me that the bitachon I had achieved was not for nothing and to prepare me in case she wouldn’t make it.”

Gitty was always encouraging others, even when she was intensely ill. She sent upbeat texts from her hospital bed, and told her sister, “If I don’t make it, I have a great sheitel. Please take it.”

Once, on the way home from surgery at Sloan Kettering, Gitty called to thank a doctor who’d connected her with her surgeon. He told the family, “I’ve gotten many thank yous over the years, but never before from the patient herself.”

Gitty’s and her husband’s calm strength carried the family through to the end. Even in the final few weeks, the atmosphere at the Greenberg home was positive and relaxed. R’ Avrohom would calmly tend to the children, then return to deal with the most difficult of situations.

When his brother-in-law asked, “How can you be so strong?” he replied, “Hashem is giving me strength to get through today. I don’t know how I’ll make it through tomorrow, but I can survive today.”

Gitty’s classroom was turned into a bedroom for her. In the end, Gitty was nifteres in same spot where she taught her playgroup students about Hashem and instilled in them a lasting love for Yiddishkeit.

“Gitty was a happy person,” says R’ Yechiel. “She would never want anyone to be sad. It was so meaningful to her when people shared the kabbalos they had taken on in her zechus. The Raintree neighborhood and all of Lakewood stormed the heavens for her, and she was very appreciative.

“Gitty was deeply connected to the Eibeshter; she was a very real person. I think she would want people to reinforce their connection to Hashem; to deepen their bitachon; to focus on what’s real; to love their children and be loyal to their families.”

With the haskamah of Rav Shmuel Kamenetzky, they named her Gittel.

Gitty’s name lives on in her family.

Her love lives on in the hearts of all who knew her.

Her message of bitachon and of connection—to Hashem and to others—lives on in all of Klal Yisrael as we mourn the loss of an incredible, larger-than-life woman.