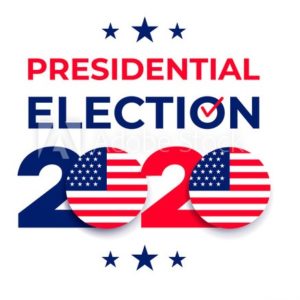 Be patient. We are doing this as quickly and as thoroughly as we can.

That’s the message election officials in a handful of key battleground states are sending the country, and the world, as one of the most contentious presidential elections in history hangs in the balance.

The majority of US states voted pretty much as expected, leaving the future of the White House in the hands of toss-up states Pennsylvania, Wisconsin, Michigan, North Carolina, Georgia, and Arizona. President Trump won solid victories in most southern states, including Texas, despite Democrat claims that they were going to flip it. Biden held on to most coastal and northern states, such as New York, New Jersey, and California.

The winner will be declared when any candidate has earned at least 270 electoral votes, a majority of the 538 available. The attainment of that number remains impossible to predict as of this writing, with swing states still too close to call. President Trump holds 213 electoral votes to Biden’s 238, but leads in a few key undecided states.

The president seems to be performing better than the polls predicted in the key swing states that will decide the election, holding significant leads in Pennsylvania, Michigan, North Carolina, and Georgia. If he retains all four states, he will have won the election. He has already won Florida, Iowa, and Ohio. Joe Biden holds a lead in Arizona, Nevada, and Wisconsin.

It may be days before a final determination is available, as election officials struggle to validate mail-in and in-person ballots. Some are still accepting ballots postmarked by election day.

The Republican hold on the Senate is shrinking, but may last. Democrats, who need to flip four seats to gain control, have won Senator John McCain’s former seat in Arizona, with Democrat Mark Kelly defeating Martha McSally, who was appointed to the seat after McCain’s death. In Colorado, John Hickenlooper has flipped the seat to Democratic. Republican Tommy Tuberville flipped the seat held by Democrat Doug Jones in Alabama. As of this writing, Republicans have 47 seats to Democrats’ 45, with Republican leads in three additional races. Senate Majority Leader Mitch McConnel survived a close challenge in Kentucky, and Lindsey Graham won re-election as well in South Carolina.

It appears that Democrats will hold on to their majority in the House of Representatives, although by a smaller margin. Liberal congresswomen Rashida Tlaib, Ilhan Omar, and AOC, members of the “squad,” all won re-election to their second term. Democrats currently have confirmed 189 seats to Republicans’ 181. The majority of seats is 218.

In close local congressional races, Andy Kim seems to have retained hold of his congressional seat, defeating Republican David Richter in the conservative 3rd district for New Jersey, which includes Toms River. Kim has 55% of the vote with 76% reporting. The 3rd congressional district in New Jersey, held by Jeff Van Drew, who switched to the Republican Party last year during his first term in office remains undecided, but Van Drew holds a 3.4% lead over challenger Amy Kennedy.

In Staten Island, Republican Nicole Malliotakis leads Democratic incumbent Max Rose by 15% with 95% of the votes already counted, but Rose has refused to concede defeat.

New Jersey saw the majority of voters — up to 3.8 million as of Tuesday evening — cast their votes by mail or collection box. Ballots that were postmarked no later than Election Day, Nov. 3, will be accepted by county election officials until Nov. 10. Anyone who voted in person, using a provisional ballot at the polls, won’t have their ballot counted until all mail-in ballots are tallied, in order to ensure that no one who submitted a provisional ballot also voted by mail. As such, close races in New Jersey will remain indeterminate until at least November 10, when all mail-in ballots are received and provisional Election Day ballots can be counted.

New Jerseyans were asked to choose whether or not to legalize the possession, sale and use of recreational marijuana for adults 21 and over in the state, after legislators failed to do so in multiple attempts. The measure passed by a landslide, with just about 67% of voices voting “yes” and 32% voting against legalization.

The county also preferred Republican challenger Rik Mehta (160,232, 61.5%) over Democratic incumbent Cory Booker (96,317, 37.0%). Lakewood’s congressional representative, Chris Smith, is headed back to Washington, having defeated Stephanie Schmid by over 15% of the vote.

In the rather uncontested race to choose two members of Lakewood Township’s Committee, incumbents won the day. Democratic Mayor Ray Coles will remain on the township committee, having earned 14,467 votes, which amounts to 30.8% of the total votes cast. Under Lakewood’s rules, the committee members will choose a mayor from among themselves. Republican Michael D’Elia will also remain in his seat with 16,813 votes, or 35.8% of the total. Challengers Hector Fuentes (R) and Mordy Gross (D) did not win seats, with just 9,075 (19.3%) and 6,669 (14.2%) votes, respectively.

Tzvi Herman holds a lead in his race to become the first Orthodox Jew to serve in elected office in Jackson, a one-year unexpired term on the school board. Herman has 8,676 votes, about 52% of the vote total. The two write-in campaigns against him have 7,857 votes total, about 47.5%. It’s unclear how many votes each write-in candidate, Allison Barocas and Mike Braun, have, as the county has grouped them together.

In Toms River, only seats on the school board were on the ballot. One of the candidates backed by the Toms River Jewish Community Council, Ken Londregan, secured a seat from among three available in a crowded field of nine hopefuls. Londregan finished second with 10,483 votes (12.1%). The other candidates supported by the TRJCC, Michele Williams and Rachel Remelgado, did not make the cut, losing to Lisa Contessa and Ashley Palmiere.