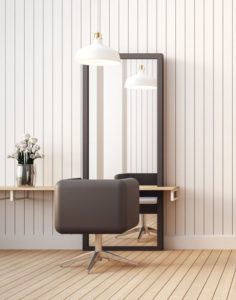 Today’s skyrocketing standards of dress affect all women in our evolving journeys of tznius. Can we reach equilibrium between looking refined and looking good? Can we balance modesty with put-togetherness and class?

To help garner zechusim for her son,who is in need of a refuah, Hadassa Pinter’s friends came up with a revolutionary idea that would ease some of the struggle surrounding tznius: a sheitel sale for shoulder-length wigs.

Famed Lakewood posek Rav Shmuel Felder was enthusiastic about the concept. Rav Felder says, “We always daven for chein: ‘V’nimtza chein v’seichel tov b’einei Elokim v’adam.’ If we do what looks goodin Hashem’s eyes, Hashem will make us look good in others’ eyes as well.”

Rabbi Felder went on to praise the sale, calling it “an awakening in the litvishe world.” “Gedolei Yisrael, including Rav Elyashiv and Rav Shlomo Zalman zt”l,tell us that shoulder length is the ideal length for sheitels. There is nothing more elevated than tznius combined with Torah learning; a life of tznius with Torah is an exalted life.”

A meeting was held with Shaindy Braun, owner of the popular Sary Wigs, to discuss the sale.

“Shaindy was incredible,” says Baila*, who ultimately hosted the event. “We had the initial meeting with her back in January. She threw herself wholeheartedly into the cause, offering top-of-the-line precut wigs with sleek, high-quality hair. Shaindy went all out; she wanted every woman to look beautiful in her sheitel. When she showed us a sample, I took the wig in my hands just to look at it. I was amazed by how beautiful the piece was. I tried it on and purchased it on the spot, and I’ve been wearing it and loving it ever since.”

The idea of the precut sale was twofold.

Most women buy sheitels infrequently. The purchase is usually a big deal, and women are afraid to ruin the raw piece with an awkward-looking or too-short cut. Selling sheitels at a cost-effective price would eliminate the fear factor, and the precuts would allow buyers to see exactly how they would look in their new wig, removing guesswork from the equation.

Shaindy had the sheitels cut by her excellent wig cutters who have experience with short styles, so the sheitels look flattering and face-framing.

“Short sheitels can be fashionable, stylish, and refined,” she says. “They look great all day and are easy to wear. They don’t clump, knot, or fall like longer wigs tend to do.”

As the sale’s opening time approached, Baila was nervous. “I wasn’t sure that more than ten women would walk through the door. When customers arrived early, I asked them to wait until the sale officially started because I wanted as many women there as possible.”

She didn’t have to worry.

What followed proved to the hosts, the attendees, and the world that frum women are incredible, courageous, ever-growing people.

Baila’s basement was soon teeming with people laughing and schmoozing as they tried on the sheitels.

“We utilized every corner of my basement for the sale, putting shelving with precuts in every inch of the space,” she says. “Elisheva Weiss, one of Lakewood’s most sought-after cutters, spent hours snipping wigs on the women’s heads after they bought the sheitels. This extra courtesy is unusual at a precut sale, but we wanted to ensure that the ladies would feel thrilled with their purchases.”

Elisheva was happy to be part of the sale. “The atmosphere was inspiring, and I got to meet such special ladies,” she says.

With the crowd so much larger than anticipated, Shaindy kept sending more precuts to keep up with the number of customers.

“I thought I knew exactly who would show up: the people who have been wearing short sheitels all along,” Shaindy admits. “But the variety of women who came to the sale was remarkable. We had all types there. People who never wore short wigs before came, tried one on, and bought it.”

As a wig consultant and supplier of Sary wigs, Shaindy’s mother, Mrs. Chavi Leiner, has lots of experience with sheitels. She was at the sale to help customers choose wigs that worked for them. “I helped kallahs and older rebbetzins and every age in between. I’m new to Lakewood, and I was blown away by the crowd I met at the sale. Everyone was so appreciative and patient. The energy in the room was amazing, and the women left feeling great about themselves. They came to grow and left with fantastic sheitels at low prices. It was an incredibly positive experience.

“Ultimately, it’s all about the way you feel about yourself,” she adds. “If you feel pretty, you will feel pretty whether you wear a long sheitel or a short one.”

“The response to the sale was incredibly positive,” Shaindy shares. “People told their neighbors and friends about it, and we keep being asked when the next sale will be.”

Estie*says shestopped by the sale “just to check it out.” She ended up loving and purchasing a wig. Later, she decided to cut her other sheitels as well. She also had her sheitel macher remove the lace from her lace-top wig.

“I’m so busy every day, I never have time to stop and think,” she explains. “But after the sale, I was inspired and decided to take action.”

Estie is not the only one. Rabbi Felder received calls from many women who were moved to make real changes as a result of the sale.

“Women told me that it was a big kiddush Hashem to see so many of ladies coming and buying l’chatchilah’dige sheitels. The sale was a big chizuk. Women did not feel alone in wearing a sheitel of the proper length; there were so many people doing it together.”

Rav Felder continues, “Years ago, when my wife’s grandparents came to America, a relative owned a few adjacent farms. He gave one farm to every relative, and the families lived on the land and supported themselves with the farms’ profits.

“Soon, my grandmother noticed that the relatives were becoming lax in their Yiddishkeit. With strength and conviction, she moved her family to Pittsburgh, Pennsylvania, leaving financial and familial security behind.

“My grandparents felt alone. The American Jews around them were slowly becoming less observant, while the Jews back in Europe were being persecuted and oppressed.

“One day, Rav Dovid Bender zt”l knocked on their door. He was collecting money for Yeshiva Torah Vodaath and sought a kosher home to stay at. My grandmother could not believe that there were frum people in America and that an entire yeshivah was thriving in New York! She sent her son to the yeshivah with Rav Bender, and he is known today as the great tzaddik and talmid chacham Rav Yitzchok Scheiner zt”l.

“For the Scheiners, seeing that they were not alone in their fight to hold onto Torah and mitzvos was a tremendous chizuk.Today, many ladies feel alone on the tznius battlefront. When a woman strengthens her tznius, not only does she raise her own level of refinement, she spreads strength and inspiration to everyone who sees her.”

Tznius is something that we can all have a part in, each on her own level. It isn’t about the inches, it’s about the direction in which we are headed, the closeness with Hashem that we achieve through this mitzvah.

The lure of the outside world is strong. We all want to look good and feel confident. But what truly makes a person happy is the glow of inner satisfaction.

Hundreds of Lakewood women can testify to that.

Rav Matisyahu Salomon says the last fight of Satan will be in the arena of kedushah.

How can the Satan fight wonderful Yiddishe women who are willing to do anything to keep the Torah?

The Satan creates illusions that make us feel embarrassed or afraid to change.

We can combat these myths by coming together to strengthen our commitment to this essential mitzvah.

1)         As an attendee of the sale said, “It was so encouraging to see a whole group of ladies who wanted to do things in the best way possible.”

2)         Another mentioned, “I was pleasantly surprised to be in the company of classy, dignified, put-together women. I realized that wearing an appropriate sheitel does not have to mean looking old-fashioned or out of style.” The beauty of the sale was that women were able to see the end product before purchasing to make sure it was perfectly suited to them.