Fair Trade for All 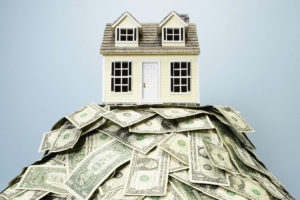 “My landlord just informed me that he is raising the rent by fifteen percent. Do I have to pay the increase?”

“My tenants, who have been living in my basement for years at the same rental rate, are paying hundreds of dollars below today’s market rate. How much can I raise the rent?”

“We’re looking for an apartment and the rent prices are through the roof. What can the leadership do to alleviate this heavy burden on young couples?”

As a result of the skyrocketing demand for homes, rental prices have reached an all-time high. TVOL spoke with rabbanim and dayanim as well as Lakewood laymen to learn about common conflicts of interest and how they are being resolved. Below, we explore rent control laws, halachos, and guidelines.

Rent control, defined as “government regulation of the amount charged as rent for housing and often also of eviction,” is a passionately debated topic in capitalist America.

In 1971, Lakewood Township enacted Code § 13A-1 to prevent “unwarranted and abnormal increases in rent.” In his halachah sefer title Orech Yaakov, Rav Yaakov Forchheimer says that Rav Shneur Kotleradvocated for the law as it would protect yungerleit from taxing rent increases.

The Lakewood rent control ordinance states, “Landlords who do not supply tenants with heat are hereinafter permitted to raise rents on rental units governed by this section once a year at a flat rate increase of 5 percent over the previous base rent.” The law goes on to allow landlords to retroactively raise rent prices for up to four years, for 5 percent each year.

As we grapple with a changing post-pandemic economy, Rav Forchheimer and prominent dayanim of Bais Din Maysharim work hard to help landlords and tenants reach compromises on their rental agreements.

Rabbi Dovid Laskin, director of Bais Din Maysharim, explains the issue. “Before Covid, the price to rent a three-bedroom apartment was estimated at $1,000. Today, the price has risen in some areas to up to roughly $2,200. There are stories of property owners increasing rent prices for current tenants by up to 200 percent!”

Tenants are forced to either meet the impossible demand or move so another desperate tenant can pay the new price.

“The rent increase problem was brought to my attention a while ago,” says Rav Dov Kahan, av beis din of Bais Din Maysharim. “There’s no real precedent for these issues, and much debate surrounds the halachic application of Lakewood’s rent control law. Some posit that dina d’malchusa dina (the law of the country is halachically binding) applies, while others opine that the frum community’s following of the law has solidified it as a minhag (prevailing custom),which gives it halachic authority.”

“In my halachah sefer, I wrote a teshuvah that states that with regard to a rental bound by rent control laws, the laws are halachah,” Rav Forchheimer says.

While Code §13A-1 sets clear constraints on rent increases, many properties are exempt from its guidelines, including (but not limited to) public housing units, new construction, buildings containing four rental units or fewer, and owner-occupied rentals. While many of Lakewood’s apartment buildings are governed by rent control, its numerous owner-occupied multifamily rentals are not.

“The only halachah I can say is that when there is rent control, that is the halachah,” Rav Forchheimer says. “There are many exemptions, including owner-occupied rentals. Where the law does not apply, we cannot enforce rent control. Still, landlords of these rentals should be mentschlich, raising the rent in accordance with, or only slightly above, the rent control law.”

Rav Forchheimer explains that many rent-raising disputes need to be handled individually. He advises that both landlords and tenants “at least ask a she’eilah,”so each side can be heard and accommodated as best as possible.

“Some landlords want to raise the rent because they feel that they can get more for the property. Others need the money to cover their newly increased living expenses. When the rent control law doesn’t apply, rent raises depend on the reasons for the raise and the financial circumstances of the landlord and tenant. Rent raises need to be done within the parameters of mentschlichkeit and reason.”

Rav Kahan notes that “some leases specify a dollar amount or percentage increase for subsequent renewal periods. In such cases, even if there would not be any applicable rent control limitations, the landlord may not raise the rent above that contractually specified amount. Therefore, it’s prudent to first read the initial lease, even if it’s presently beyond the initial rental term. If there is no increase agreement and rent control laws do not apply to the unit, I advise tenants and landlords to compromise. It’s best to calculate the wild market price of today and the conceptual 5 percent increase price and meet somewhere in the middle so the change is not too drastic for either side. The compromise depends on the parties involved; sometimes one side will give up more than the other.”

Rabbi Forchheimer recommends, “When there is a disagreement about a rent increase, the landlord and tenant should seek guidance from a rav or another objective person before making a din Torah.”

Bais Din Maysharim offers a free mediation phone line. For any two-party Choshen Mishpat questions, the rabbanim can help bridge the gap between the two parties through compromise.

“In mediations and dinei Torah, we see a lot of nice stories,” Rav Kahan shares. “A few landlords realized how limited their tenants’ incomes were and worked with them to find a price that could work. In one case, the landlord raised the rent less than the law allows, despite the fact that he could make so much more from his property. I’ve had a couple of cases where tenants approached their landlords unprompted and offered to pay more rent. Just today, a property owner who charges $1,100 for an apartment that can go for $2,000 approached me. He hasn’t raised the rent in four years and asked sheepishly if it was okay if he started charging $1,400. The landlord didn’t want to hurt the tenant. Mi k’amcha Yisrael! There are so many special people in Lakewood.”

Rav Kahan concludes, “In 95 percent or more of cases, situations like these are resolved amicably, with each side understanding the other. It’s very rare that we deal with machlokes.Rent rates aren’t going down—they actually keep climbing—and there’s no quick fix to the problem. However, once they understand the guidelines, most people are able to resolve things.”

As the economic terrain shifts and sways under our feet, many scramble to reconfigure budgets and renegotiate contracts.

Are rent increases the inevitable adjustment to a changing fiscal landscape or a grabbed opportunity to make more money?

Are refusals to meet these demands the outgrowth of unjust asks or advantage-taking of expired rent rates?

For landlords and tenants, is inflation a reason or an excuse, a motivator or a cop-out?

Shaindy Green* is a mother who works a full-time office job. In the past, she managed to support her husband and six children, but these days, the financial strain feels unbearable. “I recently received a pay raise at work to compensate for the post-covid increased cost of living,” she shares. “Soon afterward, my landlord raised my rent by $400 per month, which is 5 percent of four years’ worth of rent. My raise was almost completely wiped out. Although the property owner acted in accordance with the law and the halachah, I was very upset. To be honest, I don’t know how we’ll manage.”

Boruch Stein* shares, “My daughter recently got engaged, and we went to look at apartments together. At one place, the current renters are paying $900 a month. Because some slight and mostly topical improvements were recently made to the place, the owner is now asking $1,400 a month for it. That’s one and a half times the current price!

“My daughter and future son-in-law want to live near BMG. They want to be a part of the kedushah and purity that permeates this last corner of old Lakewood. They also can’t afford the second car that’s necessary for those who don’t live within walking distance of the yeshivah. My daughter had no choice but to take the apartment. I was left with the sense that property owners are taking advantage of the dreams of bnei Torah. It’s so upsetting to see people taking advantage of kollel couples, squeezing every penny they can out of them. In a city revered for its kollelim and yeshivah-centric lifestyle, are we failing our kollel families?”

On the flip side, landlords are also struggling. Many can only afford to buy their homes because they rely on the market rental rate to help them pay their mortgages, and most rely on their rental income to make ends meet. With the rent control law so strongly in favor of the tenants, it can be hard for owners.

“I am aware of a case in which a landlord wants to raise rent by a significant amount,” R’ Laskin recounts. “The tenant is on HUD, which further complicated matters. The case is still pending a psak. The contract between HUD and the landlord stipulates that the landlord may not terminate the renter’s contract. This puts the tenant in an even stronger position, and the landlord feels like he’s losing out.”

Ironically, not too long ago, the rental market was the exact opposite, with apartment rentals yielding significantly less than their actual value due to market fluctuations. Property owners were desperate to hold onto existing tenants—if they were lucky enough to have them—and many tenants were threatening their landlords that they would leave if their demands weren’t met.

Is relief in the pipeline?

For decades, Rabbi Don Greenberg, owner of the Masa U’Matan, which lists available rentals, has witnessed the surges and slumps of the local housing market.

“For a long time since covid, we had only one or two pages of rentals. Now, we are finally up to four pages. Rental prices are still insanely high, but obviously, if more rentals will be available, the prices should start to come down.”

Rabbi Greenberg notes that the dearth of listings may not accurately reflect the number of rentals available. “When there is a shortage, many people don’t bother to advertise because they figure they can get a tenant by word of mouth. So if you’re looking for a rental, don’t just look at the ads; also ask friends and relatives if they know of something opening up. There are always properties available that are not being advertised.”

Some of the earliest rent legislation was inspired by the plight of the Jews of 16th-century Rome, who, confined to the Ghetto by Papal decree, found themselves at the mercy of their Christian landlords. The attempts of the popes to prevent exploitation of the Jews of Rome by their Christian landlords is undoubtedly the most interesting chapter in the history of rent control.

The modern era of rent regulation began in earnest with the onset of the First World War. As European countries reacted to the anticipated and actual social and economic disruptions of the war, France, Italy, and Greece passed eviction moratoriums in the years 1914–1916; Britain, Russia, Denmark, Norway, Romania, Hungary, Croatia, and Slavonia passed broader rent restriction laws in 1915–1916; Austria, Italy, the Netherlands, Switzerland, Sweden, and Germany did so in 1917; Poland passed a moratorium in 1918 and a rent law in 1919; Spain took action in 1919 and 1920; and Estonia and Latvia enacted rent control laws in the early 1920s (from John W. Willis’s “Short History of Rent Control Laws,” quoted by Rabbi Yitzchok Grossman in an article about rent control in halachah).

Rabbi Yitzchok Grossman, a rosh chaburah in Silver Spring, Maryland, notes that it was during the early 20th century that rabbanim began to discuss the halachic rulings on rent control. He cites discussions by the Erech Shai, the Chazon Ish, and Rav Meir Arik, among others, as early debates of the topic.