The Derech Halimud in Yeshivos 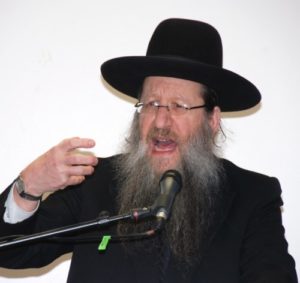 An Interview with the Rosh Yeshiva Rav Yitzchok Sorotzkin shlita

In a letter dated Elul 5764 (see last page for copy of letter), 15 prominent Roshei Yeshiva set out the proper derech halimud based on our mesorah passed on from generation to generation, in order for one to attain a proper kinyan in Torah with the goal of becoming true talmidei chachamim.  As a minimum, they urged the bnei yeshiva to set aside time in the day to complete the Masechta being learned with many chazaros, in addition to their seder Iyun, in order to acquire a thorough knowledge of the sugyos being learned.  Although the Yetzer Hara tries to convince one otherwise, one has to strengthen himself in the derech of our mesorah, and only in this way can one succeed to become a talmid chacham.

The reality is that in the mesivta years, this ideal is encouraged, where second seder is a seder for bekius and the bachurim finish masechtos, chazer and are tested, rewarded, and feel much hatzlachah and sipuk in their learning.

At the Bais medrash level, second seder becomes another Iyun seder where a small amount of material is covered in great depth and one’s striving to be fluent in Shas is pushed off to when one learns in Kollel or in one’s free time bain Hasedorim or on Shabbos, which only a select few will succeed. Sadly, most talmidim will not reach this goal, and after many years of learning, they will be lamdanim without vast yedios in Shas.

We have spoken with the renowned Rosh Yeshiva, Rav Yitzchok Sorotzkin shlita about the topic so he could share his daas Torah to understand the current situation and possible solutions to rectify this problem.

“The seder halimud was originally instituted by Rav Yisroel Salanter who stressed the equal importance of having a seder of Iyun and havana in one’s learning and a seder of bekius, because of the obligation to have yedios in Kol Hatorah, to know Shas.  One cannot become a true talmid chochom by doing one without the other. This is how it was instituted in Europe and it came over to America in the first years, maybe for 20-30 years. [This paragraph in box as pull quote.]

“The reason why there was a change is that in the last thirty years, a lot of young Roshei yeshivah who weren’t from Europe started giving shiurim.  They started giving a blatt shiur every day of the week (in contrast to the European yeshivos, where a shiur by the Rosh yeshiva was given once a week), so every day the talmidim were busy with the shiur of the Rosh Yeshiva, learning it, chazering it, and building on it. The focus of one’s day became to acquire the derech halimud of the Rosh Yeshiva, and it kept the talmidim busy with it all day.

“A second reason for the change is that in the past there were few yungeleit who were able to continue their learning long term due to the economic situation.  Since one’s learning was limited to 8-10 years, the talmidim had to make sure to cover a lot of ground, since later they might not have the opportunity to do so.  With the change in the support system, where yungeleit stay on for many years, or for their entire lives, the goal of building one’s yedios in Torah gets pushed off to a later date, when one is not under the hadrachah of his Rosh Yeshiva, and unfortunately, for most, this important goal is not reached.

“The goal of the yeshivos is really to build talmidei chachomim.  All the Roshei yeshiva in years gone by would scream about the necessity to cover more ground and to chazer more.  They would bemoan that this has slipped out of the system, and that things were not being done the way they should have been. [Paragraph in box as pull quote]

“I would like to propose something, and I would say if the Roshei hayeshiva would be made aware and understand that a talmid should, besides having havana in the sugya, must know a lot and remember a lot.  Otherwise he cannot really be an emmesse talmid chacham.  In the four years of Mesivta the roshei yeshiva should constantly stress to the talmidim that learning bekius and chazarah is not just for the Mesivta years, when the bachur is not capable of learning full time b’iyun. But rather, this is the way to become a talmid chacham, l’chatchila—to learn gantze masechtos, with a desire to know Shas, chazer it, and learn Kol Hatorah.  One should use all his available time after his mesivta years in Bais medrash, kollel and post-Kollel to reach this goal of becoming a true talmid chacham, along with being a true lamdan.

“I would like to repeat that I am familiar with Rabbi Dolgin’s program and it is an excellent program. It may be hard at the beginning. However, it is the same with everything—you have to shteig in it.”

Shas Chabura has developed a proven system of chazara and a love of chazara is developed where one retains his learning, building on what he learned yesterday, a week ago, a month ago, 3 months ago, and then once a year, for the rest of his life.  This is a successful model used by thousands throughout the world, with the goal to produce talmidei chachamim who are fluent in Shas. [Paragraph in a box as a pull quote.]

Among the many chaburos in the Mir Yerushalayim is the Shas Chabura under the direction of Harav Hagaon R’ Binyomin Carlebach shlita.  Using the Shas Chabura review program, the second seder chabura learns a new blatt every day and reviews the blatts they learned yesterday, a week ago, a month ago, 3 months ago, and then a year ago, according to the Shas Chabura schedule.  Every two weeks, Rav Binyomin shlita gives a chabura on the topics learned, and a monetary stipend is given to those who pass the bechina and check off that they reviewed what was learned yesterday, a week ago etc.

In 10 years, the entire Shas was completed with many chazaros, and now the original group in second seder learns 5 blatt a day (some with all the Tosfos) to complete Shas once every two years.  They have made a second Siyum and then a third, and are now on their way to made a fourth siyum, and are on the path to becoming Gedolei Yisroel.

For those who are working and learn Daf Yomi, but because of limited time cannot chazer and feel a lack of sipuk since they retain very little from their learning, it is suggested to:

1.  Learn an amud a day and review it the next day, week etc., with the goal to finish Shas in 15 years, in order to retain a significant amount of one’s learning.  For those going to a shiur, the magid shiur should teach the new amud, review yesterday’s amud and encourage the group to review the amud a week later.

2.  To have a goal to finish 5 Masechtos and chazer each 3-5 times in 2 hours a day over the course of one year.  (See sidebar.)  One will experience the true Simchas Hatorah as days, and then weeks connect, and many will not want to wait another 16 years to complete Shas with many chazaros, and will start “stealing” time to complete Shas sooner as their Ahavas Hatorah grows and grows.

In this way, we will be zoche to see tremendous Siyata D’shmaya in all areas of life and Im yirtze Hashem be zoche to greet Mashiach Tzidkainu, b’mehaira b’yamainu, Amen.

For more information on Shas Chabura visit the Shas Chabura website, shaschabura.org and view the powerful video and details on everything you need to know to learn, review and remember.  Go to the website, call us at 732-447-4201 or 732-730-9496, e-mail us at shas@shaschabura.org, or try the app (for those who use those devices).

By learning 2 hours a day, one can make a siyum on five Masechtos with many reviews.  In Seder Moed, the Mesechtos of Baitza-Taanis – Megillah- Moed Katan-Chagigah have 150 blatt or 300 Amudim, and  (allowing 65 days off for bar mitzvahs, weddings, Yamim tovim etc), one can accomplish this goal.  Every day one learns a new amud in 45 minutes to one hour using Artscroll (or another aid) to teach him the amud.  Every day he reviews what he learned yesterday, a week ago, a month ago, three months ago and then once a year.  The review should take between 15-20 minutes.