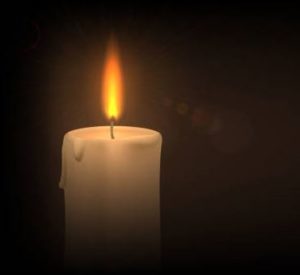 The world lost a towering pillar of chessed early last Friday morning when renowned askan and legendary ba’al chessed R’ Yanky Meyer z”l was niftar following a terrible illness that had left him physically devastated yet no less committed to his mission in this world. He was just 58 years old.

Known around the world for his superhuman feats and sacrifices for others, R’ Yanky left an indelible imprint on his community and the world at large through his relentless mission to assist others and provide succor and comfort to those struggling or in pain.

Yanky was born and raised in Boro Park, attending Yeshiva Karlin-Stolin as a teen, then Ohel Yaakov, and finally, Mir Yeshiva in Brooklyn and Bais Medrash Govoha in Lakewood. After marrying his wife, Gittel (Glancz), Yanky opened a printing company named Paper Masters, which he used to support his family as he devoted an ever-growing amount of energy to his lifelong passion—helping others.

Though he came to worldwide fame through his founding of Misaskim, Yanky had been deeply involved in chessed projects for decades beforehand, garnering a name for himself and an ever-growing roster of admirers for his work with Tomchei Shabbos, Boro Park Hatzalah, and other organizations.

Over the years, Yanky was named chaplain in numerous law enforcement agencies, including the Port Authority Police Department, NJ Transit Police, Sullivan County Sheriff’s Office, and NYC Office of the Medical Examiner. It was in the latter position that Yanky truly established a name for himself among the rank and file in the New York City fire and police departments as well as among New York City government officials.

On 9/11/2001, Yanky hurried to Lower Manhattan to assist in the emergency response to the horrific terrorist attack unfolding at the Twin Towers. He spent the entire day transporting patients and getting medical equipment and supplies to the scene and remained at Ground Zero until Shabbos, sleeping in his car rather than at home so he could be available to help as much as possible.

In the weeks and months following the attacks, Yanky became a steady presence at the site, using his position as chaplain to comfort emergency workers and assist in the recovery and identification of victims pulled from the rubble of the Twin Towers. His calm and indefatigable work at Ground Zero earned him the respect of first responders, city officials, and local residents and greatly empowered his efforts to resolve crises in the following two decades.

Several years after the 9/11 attacks, Yanky identified the need for an organization to assist families grappling with the myriad arrangements that have to be taken care of in the wake of a loved one’s passing. Under the direction of the Karlsburg dayan Rav Yechezkel Roth zt”l, Yanky founded Misaskim, an organization that rapidly grew from a chair gemach to the worldwide force of nature it is today.

Never content with his past accomplishments, Yanky launched Project Yedid to lend support to almanos and yesomim long after shivah concluded and the initial shock subsided. An initiative of mind-blowing proportions, Project Yedid is active year-round, hosting Chol Hamo’ed events and outings for hundreds of yesomim, delivering food and supplies to families before Yamim Tovim, and even giving huge Chanukah gift packages to every child who lost a parent, including mountains of gebentchte gelt from gedolim in Eretz Yisrael that Yanky used his connections to get through customs. In the days before his petirah, Yanky wasn’t focused on his personal suffering, but on Project Yedid’s planned Sukkos gathering, contacting singers and performers to give yesomim a day of excitement and fun—and almanos a day of reprieve—this upcoming Chol Hamo’ed.

While an ocean of ink has been spilled in dozens of tributes, homages, and eulogies to Yanky since his petirah, the true scope of his askanus and care for others will likely never be known. This is partly due to the sensitive nature of much of his work but also because, despite being a household name, Yanky shied away from publicity, plaudits, and praise, choosing instead to perform his acts of chessed quietly, unassumingly, and without fanfare.

Even as illness ravaged his body, Yanky instructed people around him not to make public appeals for Tehillim on his behalf. As much of a public figure as he was, Yanky saw himself as an everyman—just another member of the broader kehillah who happened to have the ability to help others.

It was never about him, it was about the people around him who needed his helping hand, his love for a fellow human being, or simply his shoulder to cry on.

Yanky’s levayah took place last Friday morning at his home in Boro Park, with thousands flooding the streets to pay their final respects to the giant of chessed whose passing has left us with a painful void. Just as he demanded throughout his life, Yanky instructed in his tzava’ah for there to be just a single hesped—he didn’t want more attention than necessary, even once he was gone.

Yanky lives on in the actions of numerous askanim whose own modus operandi and connections were established by Yanky’s pioneering work and self-sacrifice.

The Meyer family has asked if those who have stories, pictures, or videos of Yanky can send them to memoriesofyankiemeyer@gmail.com.