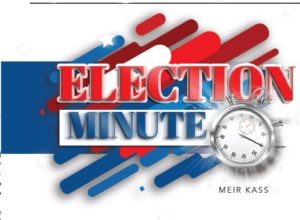 The first presidential debate between President Donald Trump and Democratic nominee Joe Biden, a much-anticipated event, quickly devolved into chaos and mudslinging. The constant squabbling between the candidates led to a flustered moderator, Chris Wallace, to practically beg President Trump to follow the debate rules and stop interrupting Biden.

No matter how hard the moderator tried to keep it civil, every topic descended into madness almost immediately, with vicious personal attacks, acrimonious insults, and general bitterness on full display. This left viewers stunned and confounded, with many calling on Biden and/or Trump to withdraw from future debates.

There was some (read: very little) substance in the 90-minute debate, but let’s go through whatever could be extracted from the otherwise ridiculous, shameful, and pointless event. The topics below are in the order they were discussed at the debate.

President Trump and Joe Biden argued whether it was appropriate for the president to nominate Amy Coney Barrett to replace Ruth Bader Ginsburg on the Supreme Court so close to a presidential election. President Trump argued that “elections have consequences” and that it his Constitutional right and duty as president to put forth a nomination, regardless of how close it is to an election. In response, Biden said that “we’re in the middle of an election already. The election has already started; tens of thousands of people have already voted. So the thing that should happen is, we should wait.”

In a segue from the Supreme Court argument, Biden said that if Amy Coney Barrett was confirmed to the Supreme Court by the Senate, millions of Americans could be at risk of losing their health insurance. Biden said that a Supreme Court with a 6 to 3 conservative tilt would almost definitely overturn the Affordable Care Act, AKA Obamacare, which millions of Americans rely on for medical coverage. President Trump denied that overturning the Affordable Care Act would hurt Americans, claiming that he had advanced a comprehensive plan to replace Obamacare, a claim which Biden called “wishful thinking.” Biden then accused the president of being a “clown.”

The candidates clashed over the Trump administration’s handling of the coronavirus pandemic, which has claimed the lives of over 200,000 Americans. Biden looked directly into the camera and asked Americans, “How many of you got up this morning and had an empty chair at the kitchen table because someone died of COVID? How many of you are in a situation where you lost your mom or dad and you couldn’t even speak to them?” Biden said that all of President Trump’s promises about the virus were false, reminding viewers that the president said it would be under control within a matter of weeks and that it would be “gone” by the summer. “And by the way, maybe you could inject some bleach in your arm, and that would take care of it,” Biden shot sarcastically at Trump, bringing up an idea the president mentioned from the White House podium. Trump defended himself, saying he handled the outbreak superbly and claimed that a vaccine is just weeks away. “We got the gowns. We got the masks. We made the ventilators,” Trump said. “I’ll tell you, Joe. You could never have done the job that we did. You don’t have it in your blood.”

President Trump attacked Joe Biden for alleged wrongdoing by Joe’s son, Hunter. Trump accused Hunter Biden of collecting millions of dollars from foreign governments and businesses when Joe Biden was vice president and suggested that both Bidens are corrupt. Biden retorted that Trump’s family has a slew of conflict-of-interest problems of its own, although he didn’t specify what conflicts he was referring to. Biden then attacked Trump over a report in the Atlantic that claims Trump made extremely disrespectful comments of those who serve in the US military. “He was not a loser,” Biden said of his son Beau, who served in Iraq and died of brain cancer in 2015. “I don’t know Beau,” Trump responded. “I know Hunter.” Trump then claimed Hunter Biden “got thrown out of the military” and was “dishonorably discharged” from the Navy over drug use. “My son, like a lot of people, like a lot of people you know at home, had a drug problem,” Biden acknowledged. “He’s overtaken it. He’s fixed it, he’s working on it, and I’m proud of him.”

Moderator Chris Wallace pressed Trump over a report in the New York Times that said he avoided paying federal income taxes over many years and paid just $750 in income tax in both 2016 and 2017. Trump vehemently denied the report, saying he “paid millions of dollars in taxes” and that “you’ll get to see it,” referring to his tax returns. President Trump then said that deductions allow him to depreciate many of his properties, which lowers the amount of income tax he needs to pay. On the morning of the debate, Joe Biden released his own tax return, showing he paid nearly $300,000 in federal income tax on income of just under $1 million.

Another contentious exchange came when the recent violence and racial tensions that have rocked the country were brought up. President Trump, who has made fighting back against rioters a centerpiece of his domestic policy, asked Biden if he was in favor of “law and order.” Biden replied, “Law and order with justice – where people get treated fairly.” Biden also denied he wants to defund the police, as Trump claims, and accused the president of using racist dog-whistles by saying that Biden would “destroy the suburbs” by allowing rioters to roam freely. Trump also brought up the 1994 crime bill that Biden helped draft which increased police and prison funding. “You have treated the Black community about as bad as anybody in this country,” Trump told Biden.

In one of the most talked-about moments of the debate, Chris Wallace asked President Trump if he would condemn white supremacists outright on the debate stage. Trump appeared to be caught off guard, and mustered up a condemnation that didn’t sound great. “Proud Boys, stand back and stand by, but I’ll tell you what: Somebody’s got to do something about Antifa and the left because this isn’t a right-wing problem.” Proud Boys is a group accused of being racist and pro-Trump.

Closing out the debate was a rancorous argument about the validity of the results of the upcoming election. President Trump said he expects a lot of fraud and cheating to take place, especially with regard to mail-in voting, while Biden said that he would accept the results of the election regardless of who is shown to be the winner. Trump’s attacks on the integrity of the election is for personal purposes, Biden claimed. “This is all about trying to dissuade people from voting, because he’s trying to scare people into thinking that it’s not going to be legitimate,” said Biden. But Trump pressed on with unsubstantiated claims of ballots cast for him being destroyed. “They’re being sold, they’re being dumped in rivers,” Trump said. “This is a horrible thing for our country. This is not going to end well.”

All in all, the debate was a disaster. As Jake Tapper of CNN put it, it was “a hot mess, inside a dumpster fire, inside of a train wreck.” He is correct; words alone can’t describe how childish and embarrassing the debate was, and what a mockery it made of the democratic process held so dearly by the United States.