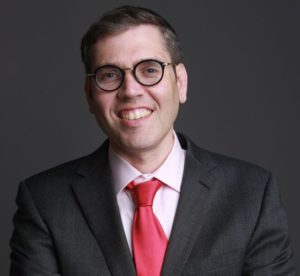 Mr. Ira Zlotowitz is the founder of Eastern Union, a real estate commercial mortgage brokerage firm, as well as the developer of eCALC, the Eastern Union app that helps investors value properties and underwrite transactions. Here, he draws on his extensive experience and expertise to share tips on creating a positive and productive office environment.

Many business owners view their staff as just another cost—just as they must pay their suppliers and distributers, they have to pay their workers. Proprietors tend to shop around for the cheapest product they can get their hands on, negotiating the lowest possible price. Similarly, leaders with the “expense view” of workers haggle and bargain in a quest to pay the lowest salaries they can.

This notion, though, is faulty. Employees are not your greatest expense; they are your greatest investment. They keep your business going, they bring in the money, and they’ll be there for you during crunch time.

Workers bring revenue to the business. Their salaries are essentially a commission, except that you pay up-front and you get all the upsides.

If an employee is selling for you at a profit of 100,000 dollars and making a salary of 50,000 dollars, the gain is worth the cost. Imagine this worker told you he can bring in a million dollars. Would you be willing to pay him a multiple of the 50,000 dollars? Of course you would, since you would net more income even while the salary is steeper. An employer’s mindset should be one of paying employees their value. The better your staff is, the more they should be paid.

When a person is treated as a cost, they are unlikely to get what they need in terms of salary and job satisfaction. Business owners tend to negotiate raises by dollar increments per hour as opposed to looking at the bigger picture and seeing the raise in terms of employee happiness. Satisfied staff is actually a company’s greatest asset. Disgruntled employees help the competition. Your business relies on your receptionist’s smile and her cheery good morning when she answers the phone. If she is feeling unappreciated, the clients will sense it and the whole office will suffer.

Every extra dollar you pay, every accommodation you make for a worker, builds a better and more committed employee. Important clients are wined and dined. Some business owners send clients flower arrangements and chocolates a few times a year; others ship them elaborate gifts. Workers should be treated well too. They deserve as much—or more—of the royal treatment you dole out to customers.

It pays to spend on your staff. It is easier and more effective to cultivate a fantastic worker by paying for a coach, an assistant, or a course than to train in a new operative. By investing in each person you employ, you will get the best returns.

An employee can produce so much more, consequently increasing your bottom line, when the right tools and training are in place.

As an example, some of Eastern Union’s employees joined the staff as entry-level secretaries and have risen in the ranks over the years to make annual salaries in the hundred thousands.

The more you put into your employees, be it time, resources, or raises, the more they will produce. Most often, you will make back your investment with many, many dividends.

For an enterprise to prosper, it is up to employers to mold, motivate, and reward excellent employees.

It is 2021, and businesses are no longer the stuffy, formal firms of the 1930s and 40s. An employer’s focus should be on flexibility. Look closely at results, not at processes. It is best to avoid nitpicking on hours, dollars, and location.

By showing your staff that you are willing to accommodate their needs and pay them what they feel they deserve, you may be spending more or sacrificing on convenience, but you are acquiring happy employees.

Happy workers are an insurance policy against the time-consuming headache of a high turnover rate.

Happy workers are worth the outlay.

The following is a story I often tell my staff and potential hires because it illustrates the unmatched value of an effective employee.

Wayne Martin had three sons, Dylan, Jack, and Liam. They were close in age and graduated college just a couple of years apart. At the time, the job market was flooded with millennials who were desperate for jobs. As many interviews as they traipsed to and as hard as they hunted, the Martin boys could not find employment. When Wayne’s friend Mark Rodriguez offered to hire his sons in his import-export business, the family was thrilled.

But as the months passed, the Martin patriarch heard some disturbing news: Dylan, Jack, and Liam were receiving completely different salaries, with Liam making 80,000 dollars annually, Dylan netting 60 grand, and Jack lagging behind at40 thousand dollars a year. Wayne went down to the workplace to investigate.

At nine a.m., Rodriguez told Jack, “A shipment has come in. Can you go check it out?”

Jack went and returned quickly, reporting that everything was in order.

The boss then repeated the same request to Dylan.

Half an hour later, the oldest Martin was back. “There was one small issue with the order. I took care of it and now everything is fine.”

When he asked Liam to look in on the order, he didn’t come back for hours. Time passed, and everyone wondered what the young man could possibly be up to.

“I checked the order,” explained Liam upon his return, “and there was an overabundance of grapes. That’s when I noticed that the grocer across the street wasn’t selling grapes. I traded the surplus for other goods and was able to sell out the rest of the delivery.”

Mr. Rodriguez turned to the father. “I made the same request of all three. Look at the difference in their outcomes.”

When I hire an employee, I look for the third son.