Are You Getting the Vaccine? 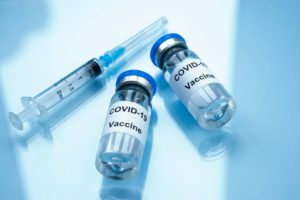 Now that COVID-19 vaccines are set to become available to all adult residents in New Jersey, the Big Question has transitioned from the theoretical to the very practical.

Are you getting the vaccine?

Governor Phil Murphy announced last week that all New Jersey residents 16 or older will be eligible for COVID-19 vaccination beginning this Monday, April 19. DC mayor Muriel Bowser made a similar announcement, and Maryland joined the ranks of full vaccination availability states on April 12th, leaving only Oregon and Hawaii with limited vaccine eligibility.

The pace of vaccinations across the country has been steadily increasing. As of Monday, an average of more than three million people are being vaccinated each day in the United States, and about 107.5 million people have received at least one dose of a vaccine.

New Jersey has now administered over 5 million doses of the COVID-19 vaccine including more than 3.2 million to people who have received one dose, according to state data. Two million people—more than 28% of New Jersey’s adult population—have been fully vaccinated. Ocean County has counted 303,666 doses of the vaccines administered.

You can get your vaccine under the auspices of the Lakewood Board of Education and CHEMED at Lakewood High School on Somerset Avenue, Monday through Thursday afternoons next week, 5:30 – 7:30 PM. The Pfizer vaccine, the only one approved for minors aged 16-17, is the version distributed at the site. Ocean Health Initiatives (OHI), Lakewood’s other FQHC, has been holding one-day vaccination clinics in neighboring townships, and has scheduled similar events in Wall and Brick for next week. OHI is supplying the Johnson and Johnson vaccine, by registration and appointment only.

According to an online poll conducted by The Lakewood Scoop, 34.39% of respondents said they would take the vaccine, 28.2% are not planning to do so, and 19.71% remain undecided. About 17.7% said they were already vaccinated.

Georgia, North Carolina and Colorado suspended use of the Johnson & Johnson shot after about 40 people reported symptoms including dizziness, nausea and fainting after taking the inoculation. The three major US vaccines produced adverse reactions in more than 60,000 people nationwide. For each manufacturer — Pfizer, Moderna and Johnson & Johnson — just one-tenth of 1% of all people have reported side effects.

Most of the negative reactions to Johnson & Johnson’s shot occurred within 15 minutes after vaccination. Seven people were taken to hospitals for observation. As of Friday, all but one had been released and everyone was expected to fully recover.

Officials say the reactions may not be related to the vaccine at all, although they haven’t yet pinpointed why these clusters of adverse reactions were identified in such a short time frame. They emphasized that there’s no reason to be concerned about the shot itself.

In a news release, Georgia’s public health commissioner, Kathleen Toomey, said the state was looking into “what may have caused the reactions, including the conditions at the fairgrounds such as heat and the ability to keep the site cool.” In a statement, Johnson & Johnson said it takes all adverse reactions seriously. The company said it would “carefully assess the events” and share any findings with the FDA.

The European Medicines Agency (EMA) announced that potentially fatal blood clots might be a rare side effect of AstraZeneca’s vaccine, which has been authorized in more than 110 countries but not yet in the US. Both that shot and Johnson & Johnson’s are viral-vector vaccines, which introduce a coronavirus gene into the body using a genetically engineered common-cold virus. Scientists don’t know whether the platform itself could be linked to clotting.

European regulators announced Friday that they are investigating Johnson & Johnson’s shot for links to unusual blood clotting after four blood-clot cases, including one death, were reported among vaccine recipients.

New research from the US Centers for Disease Control and Prevention (CDC) suggests that people who receive Moderna’s COVID-19 vaccine might experience more side effects than those who get Pfizer/BioNTech’s vaccine.

Data from a CDC study revealed that 75% of Moderna recipients reported mild side effects, including pain at the injection site, fatigue and headaches after getting one dose of the COVID-19 vaccine compared to 65% of the Pfizer/BioNTech recipients.

If you do get the vaccine, how will you prove it? The CDC has been issuing a 4×3-inch paper “vaccination record card” which may become an important document used for travel, attending events, returning to the post-pandemic office and other purposes. In fact, vaccine refusers fearing lockout from important events and forms are fueling a burgeoning new industry: vaccine card fakes. An explosion of the low-tech cards are for sale on hundreds of online sites, and scammers are offering fake ones to fearful buyers. Some sites are teaching people to make their own.

Will there be a sophisticated, high-tech vaccine passport, or record-keeping system, in this country? For now, the Biden Administration has expressed opposition to that idea; but that is a debate that remains to be had.

The CDC has been issuing a 4×3-inch paper “vaccination record card” which may become an important document used for travel, attending events, returning to the post-pandemic office and other purposes