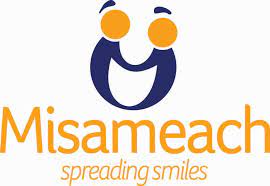 A Yom Tov synonymous with joy, Purim is the communal day commemorating the nissim done for our nation. Though millennia have passed since the times of Shushan, we still feel the infectious burst of joy as the day approaches. On Purim, every individual reaches within themselves to express the simchah of being alive, and the joy spills over to the people around them, setting off an explosion of goodwill and mirth.

Some individuals are experts in spreading delight to others. They have a knack for seeking out the downtrodden, peeling off layers of sadness, and ushering them into a place of spirited happiness. They are powerful masters of joy, vibrant engines of positivity, and contagiously smiley.

Ari Sattelmeier is a natural. He has devoted his life to seeking out the ill and infirm, and he bombards them with unstoppable joy, uplifting their souls and letting them soar to joyous places.

And he has seen miracles before his own eyes.

Acrobats flew across the stage, swinging wildly on trapezes. The band hammered feverishly on drums and keyboards. Hundreds of happy Pirchei boys sat mesmerized in the audience.

At the thick of the action was the smiling emcee, working the crowd. He rallied the acrobats, making them swing even faster. He pounded his fist high in the air, picking up the music’s beat and compelling the band to play louder. He singled out children in the crowd and invited them to join in the action or claim a prize. The children’s wide smiles seemed to be permanently engraved on their faces.

Little Ari sat on the gym’s wooden floor, legs crossed, watching the scene. One thing is for sure, he thought as he grinned to himself. When I’m grown, I am going to be like that man. I will bring joy to others.

Ari grew up in a small Canadian community. When he was 16 years old, he went to learn in a Brooklyn yeshivah, followed by some months spent learning in Eretz Yisrael. Once Covid hit, he made his way to Lakewood to continue learning.

It was in Lakewood that Ari was introduced to the incredible local organizations that live and breathe caring for others.

But it was only by chance.

A birthday party was being planned for a sick Lakewood child. Ari’s friend told him about it and asked if he could come to add some energy to the crowd. Ari was thrilled to be able to help someone and convinced four friends to join him.

The excited group of five bachurim jumped into Ari’s car and made their way over to the event, where they discovered jugglers, musicians, singers, action, family, classmates, neighbors, and friends. On the spot, the group flew into the action and amped up the spirit at the party with their electric simchah. They threw on masks, jumped into the dance circle, and ramped up the simchah level. The crowd whooped, and the birthday boy beamed.

“It was a huge success,” Ari remembers. “On the spot, Lipa Schwartz from Misameach asked me to fill out a volunteer form and took down my number. Lipa has been calling me every day since then with other such opportunities.”

Ari is now a devoted volunteer fulfilling his life’s dream by stepping into the lives of the sick and the sad and bringing them happiness.

Not long ago, Ari and his volunteer friends were informed of a young girl who had fallen in an accident and was hospitalized in CHOP, unable to speak. Her brain had been damaged, and the doctors were pessimistic about her future. But though she couldn’t utter a word, she could listen and smile.

Ari and Lipa from Misameach, together with a leibedig chevrah of friends and a clown, a juggler, and singers, decided to pay her a visit. Vibrant, catchy tunes filled the drab room as the group sang and danced and whirled round and round around the girl’s hospital bed. They threw their feet in the air and created a current of simchah that a child can only dream about. After some time, they transitioned to kumzitz-style singing, and the sick girl seemed to be swept away by the energy.

After an hour, the crew wished her a refuah sheleimah and took their leave. Fifteen minutes later, Lipa got a call on his cell phone from a top doctor at CHOP. In a cracked voice, the doctor shared that the patient had defied all prognoses and had spoken one full sentence: “I want Misameach to come back to me!”

The girl began to miraculously recover and was released six weeks later. Today, she is happy and functional. The exuberant simchah displayed during that hour had changed her life, her parents’ lives, and the lives of her future children.

The joys of giving

“There are different ways to bring joy to others,” Ari says. “In some cases, allowing the sad person to give to others is the way to go.”

When Ari was approached to help a broken family with a number of very sad children, instead of helping the children by trying to cheer them up, he and his fellow volunteers flipped the equation: they made each child into a volunteer! The children were given tasks to help other unfortunate children and quickly found solace in their acts of giving.

“We gave them the message ‘You are the guys who can help out others,’” Ari explained. “This lifted their spirits as they ran around, busily spreading smiles. It showed these unfortunate children the great strength and abilities that they have within.”

Two years ago, an exciting Misameach barbecue was planned, featuring awesome food, great camaraderie, and a performance by a well-known singer (who prefers to remain anonymous). This star on the Jewish music scene often extended himself to greet and sing to sick children, and the children, their families, and volunteers eagerly awaited the event.

At the last minute, though, after the crowd had already arrived, the organizers were informed that there had been a miscommunication: the singer had been double-booked and was due to sing at a wedding that very night. Ari and his crew began making frantic phone calls, trying to find a replacement. It was getting late and the crowd was feeling dispirited. Everyone thought that the event was over, and people prepared to head home.

“Suddenly, to our amazement, we saw the singer walking into the scene,” Ari recalls.

Ari hurried over and asked him, “Weren’t you at a wedding tonight?”

With a tear rolling down his cheek, the famous singer answered, “There is no way that I am taking a wedding job on the night that I can have the zechus to bring joy to the children that need it.”

Without waiting a beat, the singer grabbed the mic, flew onstage, and hit the rocket. Right on cue, the waiting band did their thing, exploding in song. The crowd waved their hands in the air as the great star with an even greater heart swept them away.

“You have no idea what this meant to the children,” Ari says passionately. “It was the dream of their lives.”

Spreading joy to others is an inherently Jewish trait. What’s the secret to reaching such astonishing levels of simchah sharing?

“When you see these kids,” Ari says, “you just want to work with them. Your heart desires to see them in a better place. When I go to a house with a sick child, I want to help them taste simchah.”

Misameach volunteers have been to numerous hospitals including CHOP, Maimonides, and Kimball and respond to calls from all over the Tristate area and beyond for their services.

“It becomes a real pleasure to make others happy and gives you the push to move onward for more,” Ari says.

Some of the children that Ari deals with have cancer or other sicknesses. The Misameach centers that these children attend regularly are pockets of joy in an otherwise difficult existence. There is a music room as well as arcades, puzzles, and more.

And as life-changing as it is for the children, the staff love every minute too. The work changes the volunteers, infusing them with an appreciation for all the good that they have in their lives.

In an effort to help every child experience Purim in the most simchah’dig way, Ari has taken part in Misameach groups comprised of both volunteers and children who go around collecting on Purim—just like everyone else. It is a memorable experience for the kids, and they speak about it for weeks afterward.

“We were a happening group,” Ari shares, describing last year’s collection, “going from house to house, collecting. We arrived at a big, popular house in Lakewood. It was teeming with people and full of action. The kids really wanted to go inside. We made our way in there and threw the kids into the middle of the action. Our kids were the entertainment of the night. Wheelchairs and all, they stole the show.”

Ari describes how some of the children were hoisted on shoulders by strangers, who danced with abandon. The simchas Purim music blared as volunteers made tumblesauces and flips in the air . The children’s faces shone, as did the faces of those around them.

For all who witnessed the scene, it was a priceless experience.

The Voice of Lakewood extends its appreciation to Lipa Schwartz, executive director of Misameach, for arranging this memorable interview.